Why Is Taiwan Important to the US?

Taiwan's economic, strategic, and political importance to the US cannot be understated 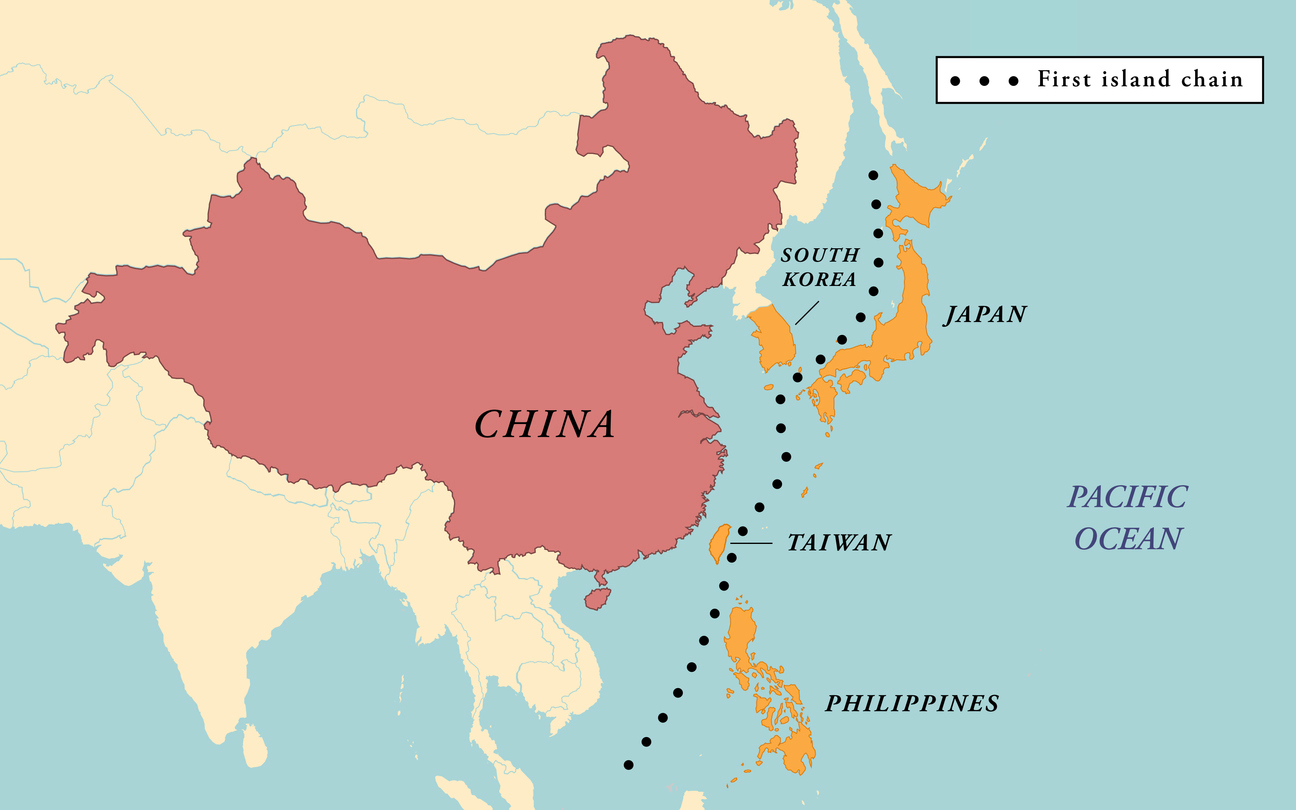 Taiwan is a critical partner to the United States for multiple reasons. Economically, the US and Taiwan are top 10 trading partners, with bilateral trade reaching $114 billion in 2021. Taiwan is also one of the world's leading manufacturers of advanced semiconductors. These critical components are in every electronic device and system, and Taiwan plays a key role in global supply chains for them.

In addition, Taiwan is an important strategic partner for the US in East Asia. As a young democracy, Taiwan shares the US's commitment to democratic values and human rights. Taiwan's location near mainland China makes it an important buffer against Chinese expansionism in the region.

Overall, Taiwan's economic, strategic, and political importance to the US cannot be understated. Taiwan matters because our two countries share common interests and values and have built a strong partnership over the years. It is crucial that the US continues to nurture and strengthen this relationship moving forward. 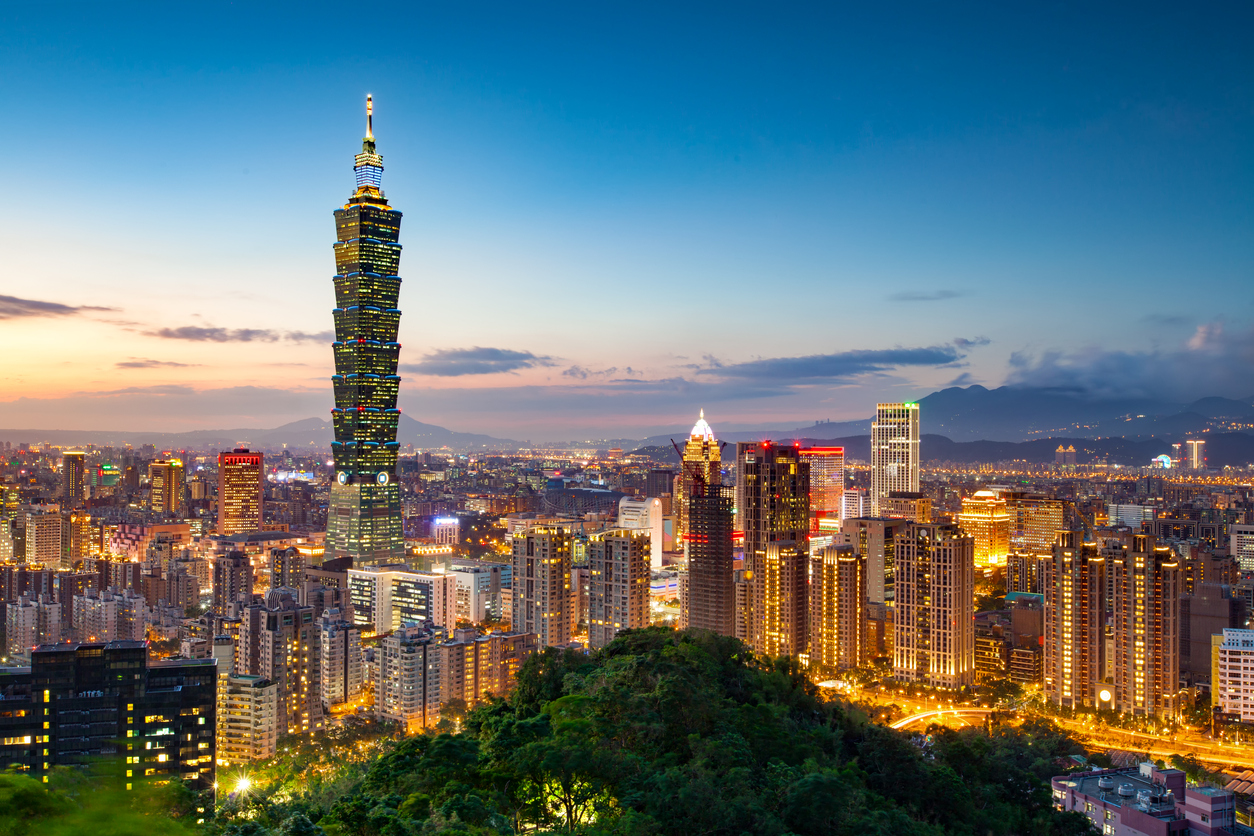 Taiwan, with a population of 23.5 million people, is a vibrant island nation located 100 miles off the southeast coast of mainland China. With a mix of Chinese, Japanese, and indigenous influences, travelers to Taiwan will find a unique cultural experience. From the skyscrapers and buzzing nightlife of Taipei to the lush mountains and tranquil coastline, Taiwan, though slightly smaller than the states of Maryland and Delaware combined, is made up of a variety of landscapes.

Taiwan first began its transition to democracy in 1987, when after decades of single-party rule under the Kuomintang (KMT), martial law was lifted allowing for the formation of opposition political parties. Then in 1991, the Constitution was amended to allow for direct elections of the president and vice president.

The first direct presidential election was held in 1996, and the first peaceful transfer of power between political parties happened in 2000 when the Democratic Progressive Party (DPP) won the presidency.

In 2016, President Tsai Ing-wen of the DPP became Taiwan's first female president, and she was re-elected in 2020. Today, Taiwan is considered one of the most vibrant democracies in Asia.

Taiwan Semiconductor Manufacturing Company (TSMC) is a world leader in chip fabrication, and it is important that we recognize just how much we rely on this company.

With its vast market share, TSMC is responsible for fabricating a significant portion of the new computing power we use each year. However, the geopolitical implications of this dependency and the impact it has on U.S. China relations cannot be overlooked.

In a Time Magazine article. Chris Miller, the author of Chip War: The Fight for the World's Most Critical Technology, compared Taiwan's position in the semiconductor industry to Saudi Arabia in the oil industry:

We need to be mindful of the fact that Taiwan is in a precarious position, with China viewing it as a rogue province. As the United States has pledged to defend Taiwan, we must be vigilant about the security of this vital industry.

Is Taiwan part of the People's Republic of China? 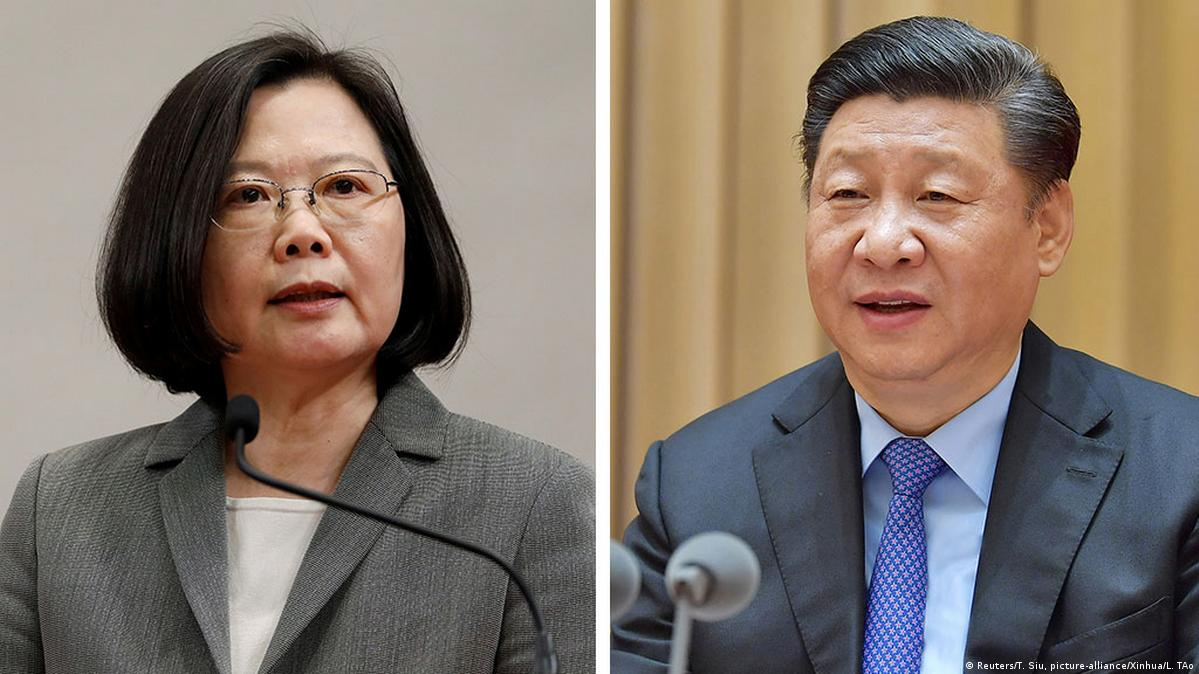 The history of Taiwan is complicated. Relations between Taiwan and the People's Republic of China (PRC) have been fraught since 1949, when the KMT government fled to Taiwan after losing the Chinese Civil War to the Chinese Communist Party (CCP). Beijing has consistently claimed Taiwan as part of its territory, even though Taiwan has effectively ruled itself independently for over 70 years.

Over the years, relations across the Taiwan Strait have ebbed and flowed. In the 1980s and 1990s, Beijing and Taipei began to engage in limited economic and cultural exchanges, and cross-strait relations thawed. However, in 1996, China conducted a series of missile tests near Taiwan in order to intimidate the island ahead of its first direct presidential election. Relations worsened again in 2000, when the DPP came to power, since they are seen as being more skeptical of closer ties with China.

Under the KMT (which is viewed as the political party most favorable to the PRC) from 2008-2016 relations improved significantly, with the two sides signing a number of economic agreements and increasing tourism and trade. However, since President Tsai Ing-wen of the DPP became president in 2016, relations have deteriorated again.

As of late 2022,  China’s foreign minister and President Xi Jinping has reiterated China’s desire for reunification and its long-held stance that “Taiwan is .... not an independent state and has no so-called president.”

Beijing has long claimed Taiwan as part of its territory under its "one country, two systems" philosophy and has stated its desire to reunify the island with mainland China, even threatening to use force if necessary. However, the majority of people in Taiwan oppose unification. The Taiwanese people value their independence and democratic freedoms. The question of unification is one of the key issues in cross-strait relations.

Beijing has used several tactics over the years to undermine Taiwan's independence:

Together, these tactics aim to weaken Taiwan's independence and bring it closer to Beijing's orbit.

The Relationship Between the United States and Taiwan - Status Quo 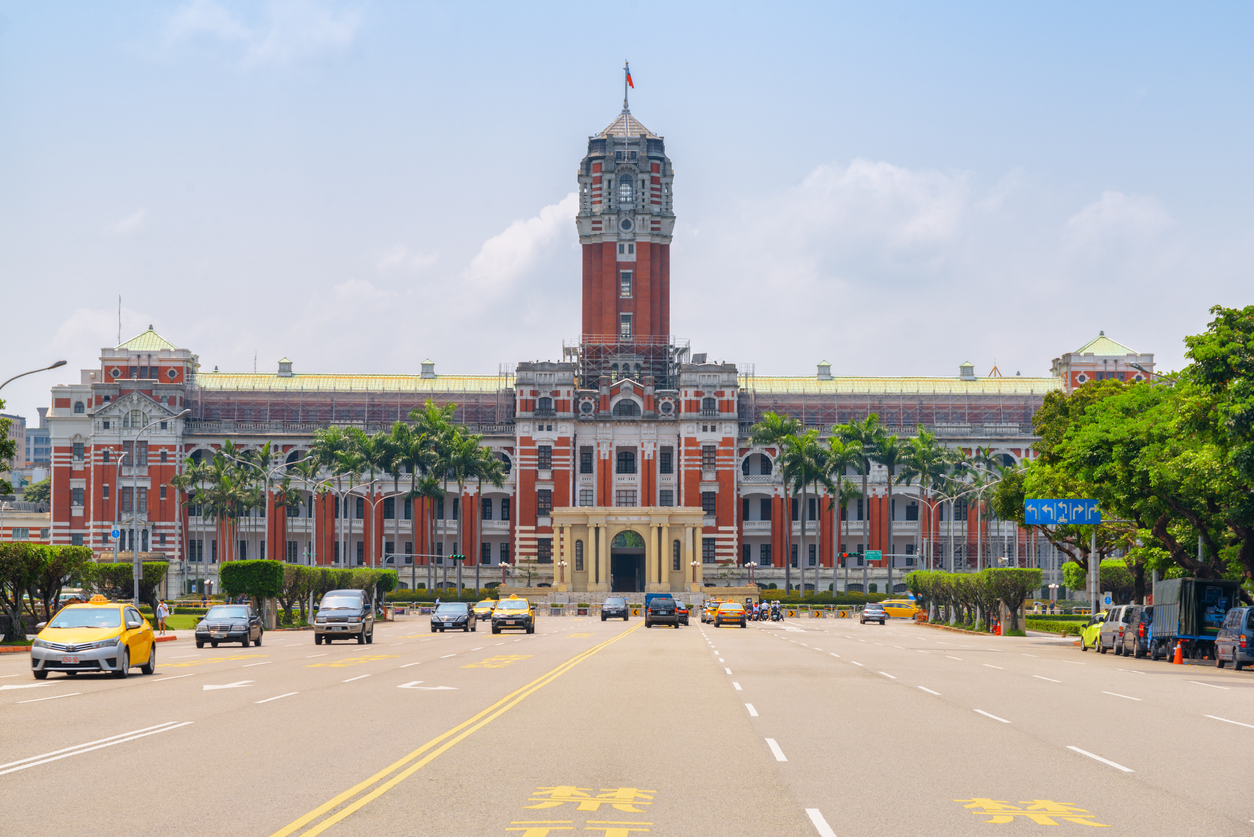 U.S. Taiwan relations have evolved significantly over the past several decades. Prior to 1979, the U.S. recognized Taiwan, then known as the Republic of China (ROC), as the legitimate government of China. However, in January 1979, the U.S. adopted a "One China" policy, switched its recognition to the People's Republic of China (PRC), and established diplomatic relations with Beijing.

While the U.S. no longer maintains formal diplomatic relations with Taiwan, it has continued to maintain unofficial ties. In 1979, the U.S. Congress passed the Taiwan Relations Act, which enables U.S. Taiwan relations in the absence of formal diplomatic ties. The act also obligates the U.S. to provide Taiwan with arms necessary for its self-defense, and to maintain the capacity to resist any use of force against it.

Throughout the 1990s and early 2000s, the U.S. and Taiwan continued to cooperate in a number of areas, with the U.S. selling billions of dollars in arms to Taiwan to bolster its defense capabilities. In 1996, the U.S. sent two aircraft carrier groups to the region after China conducted military exercises near Taiwan to intimidate the island nation.

The "status quo" when it comes to Taiwan refers to the fact that Taiwan has effectively ruled itself as an independent entity for over 70 years, even though the PRC claims the island as part of its territory. Maintaining the status quo means that Taiwan is able to continue to self-rule without interference from Beijing.

The US administration's Approach to Taiwan - Strategic Ambiguity

"Strategic ambiguity" refers to the US's policy towards Taiwan, which has long been deliberately unclear. While every American leader from Jimmy Carter to President Joe Biden has been committed to Taiwan's security and has sold billions of dollars in arms to the island over the years, it has never explicitly stated whether or not it would come to Taiwan's defense in the event of an attack from mainland China. This ambiguity is meant to deter Beijing from taking military action against Taiwan, while avoiding a direct confrontation with China.

Could a War Break Out Between China and Taiwan? 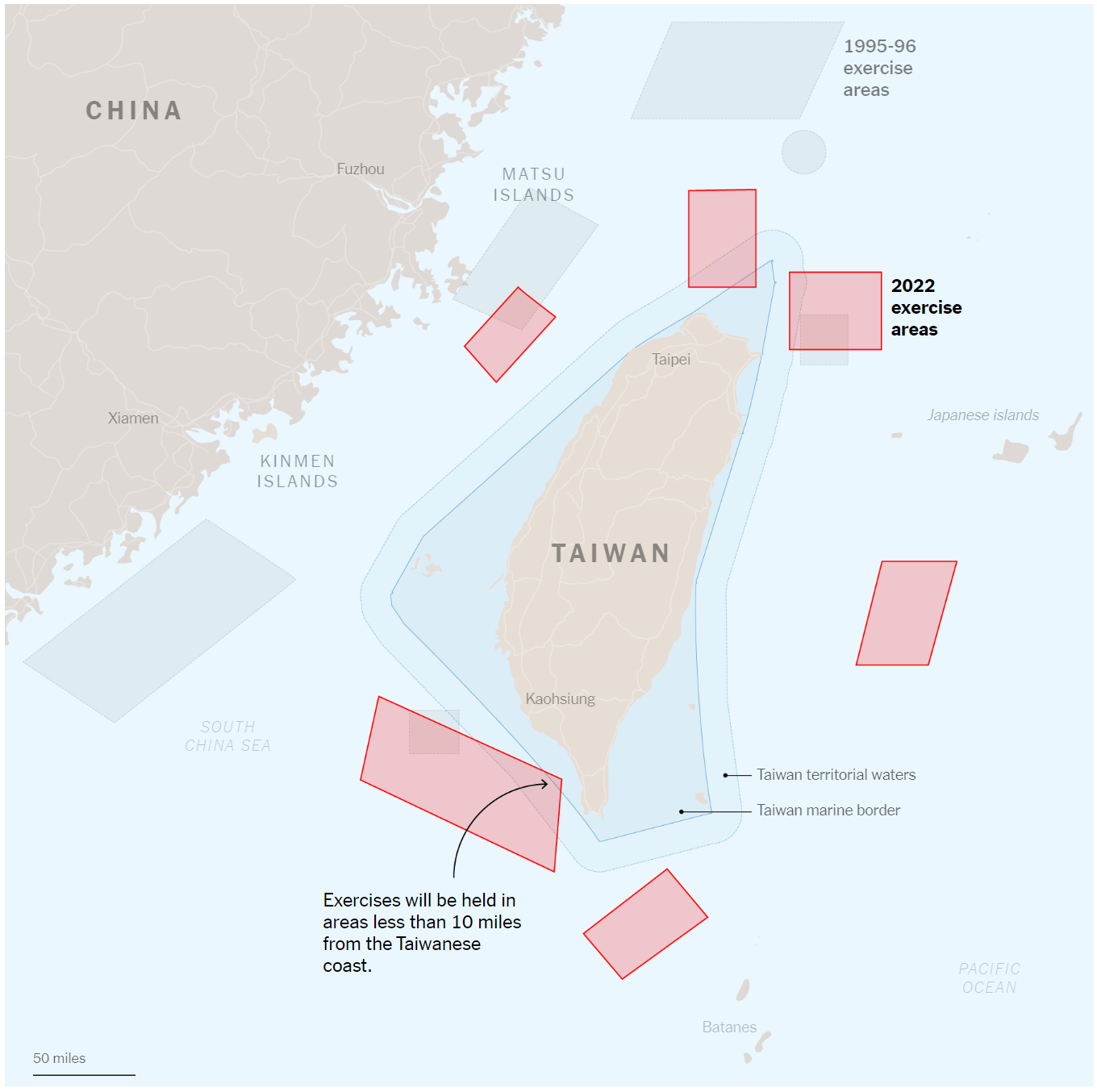 China is becoming increasingly aggressive towards Taiwan, using both rhetoric and military activity to signal its displeasure. China's military, the People’s Liberation Army (PLA), has conducted exercises around Taiwan, demonstrating its capabilities to isolate and attack the island. This new pattern of behavior threatens the peace and stability of the region, and further tilts the balance of military power in China's favor. Taiwan, while still highly capable, is struggling to keep up with the PLA's growing capabilities. As tensions continue to rise, the risk of miscalculation and military conflict increases.

Chinese leaders have stated clearly that they want to complete unification by making Taiwan become part of China by 2049, the year China celebrates 100 years of communist rule. While the US may have previously acted as a deterrent against Chinese aggression towards Taiwan, that deterrence is not as certain as it used to be. Chinese leaders must determine whether the US is unable or unwilling to intervene, which may make them more likely to risk an attack. However, the decision to invade Taiwan is still a political one, and the Chinese leadership must weigh the risks of such a move to their economy, including the potential for a large international backlash and impact on the U.S. China relationship.

Additionally, China and Taiwan's economies are interwoven, and a war would be devastating to both economies. China is Taiwan's largest trading partner and biggest import partner, with a total of $515 billion in goods exported between January 2017 and January 2022 - double that of the United States.

The Weight of Russian Sanctions on China's Plans to Invade Taiwan

The first lesson on a potential invasion of Taiwan that China has taken away from Russia's invasion of Ukraine is go in heavy. The Chinese believe that the Russians made a strategic mistake but not using an overwhelming force when invading Ukraine. If China is to make Taiwan part of China, they will have to build, assemble and deploy an overwhelming force.

The second lesson the Chinese have taken away from the Ukrainian War is that if they cross the Taiwan Strait in an attempt to subjugate the Taiwanese people, then the international community will move swiftly to disconnect China from the global financial system. China knows that a significant part of its economy is tied to the international community, so they would have to survive on their own and with a few key allies like North Korea and Russia.

Why This All Matters

Taiwan's 70 years of self-rule is in more danger today than it has been at any point in its history. The Xi regime in China seems determined to bring a decisive conclusion to its long-term strategic dance with its former territory. One way or the other, the status quo is likely to be shattered.

As with Russia's invasion of Ukraine, it will ultimately fall to the US and the world to decide whether an autocratic regime gets to decide whether or not its neighbors should be free. That choice is likely coming sooner rather than later, and with so much at stake - economically, strategically, and most importantly with the lives of 23 million people hanging in the balance - we would do well to be prepared for the coming crisis.

First time reading? If you want rational takes on foreign policy, politics and technology then sign up below for "The Brief." It's a twice a month email on things that aren't being discussed but should - all in 5 minutes or less.