Depends How You Ask 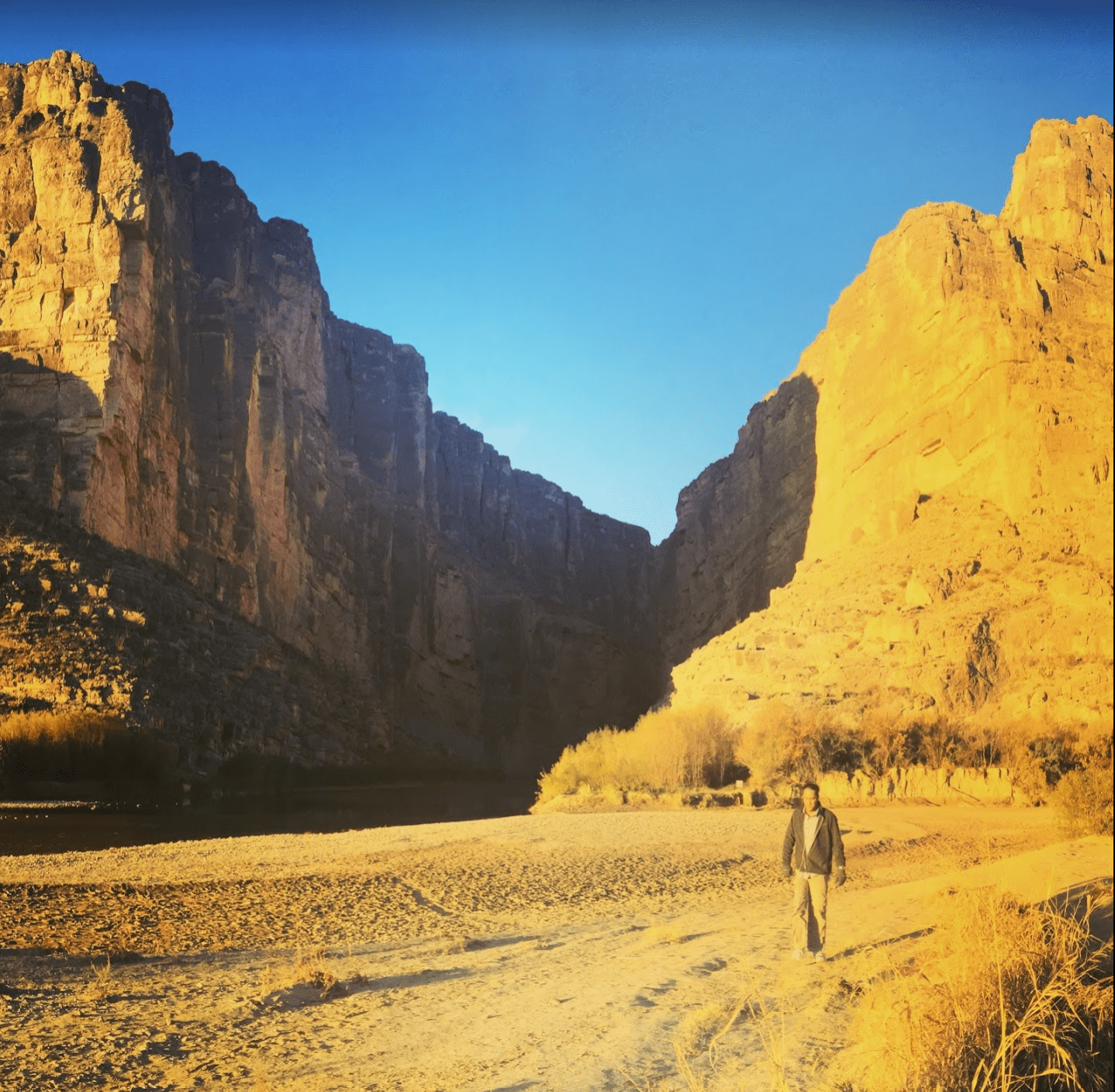 When it comes to the question of how many national parks there are in the US, the answer isn't as straightforward as you might imagine. It all depends on what you mean by "national park." In this blog, we'll dive into the different definitions and explain why the answer isn't so simple.

There are a few different ways you could answer the question of how many national parks there are in the US. If you're asking how many national parks in the United States are specifically designated as "national parks" by the National Park Service (NPS), the answer is 63. However, the NPS also manages other types of federal lands, and if you count all the places that the NPS manages, the number jumps up to 423 as of December 2022.

This larger number includes places that are designated as national monuments, national preserves, national historic sites, national recreation areas, and more. While these places are managed by the NPS, they aren't technically considered "national parks" even though they are often referred to as such.

Before breaking down the different kinds of places managed by the NPS in the national parks system, let me share my favorites.

As a former co-chair of the National Parks Caucus in Congress and having represented 8 national parks when I was in the House, I've learned the importance of conserving our nation's natural and cultural heritage for the benefit of current and future generations.

I didn't have the opportunity to visit national parks when I was a kid, but it's something I love to do now. It's easy to find your park. Once you do, I guarantee visiting them will become a lifelong passion. Here are my top 5 favorites: 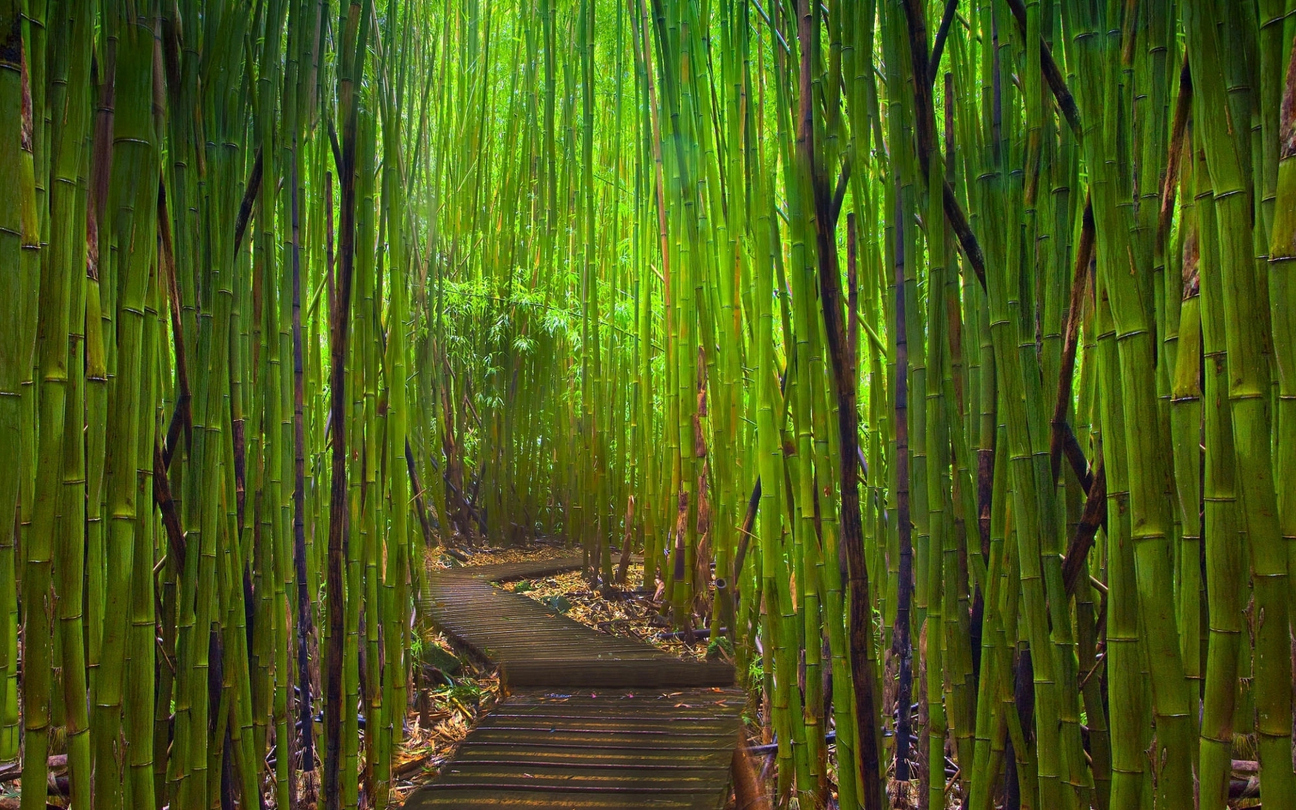 Haleakalā National Park is located on the island of Maui in Hawaii. It is known for its stunning sunrise views from the summit of Haleakala, a massive volcano. One of the highlights of this park is the chance to see the endangered Hawaiian goose, known as the Nēnē, which can only be found in Hawaii. Another highlight is the opportunity to hike through the park's diverse ecosystems, including subalpine forests and desert-like cinder cones. 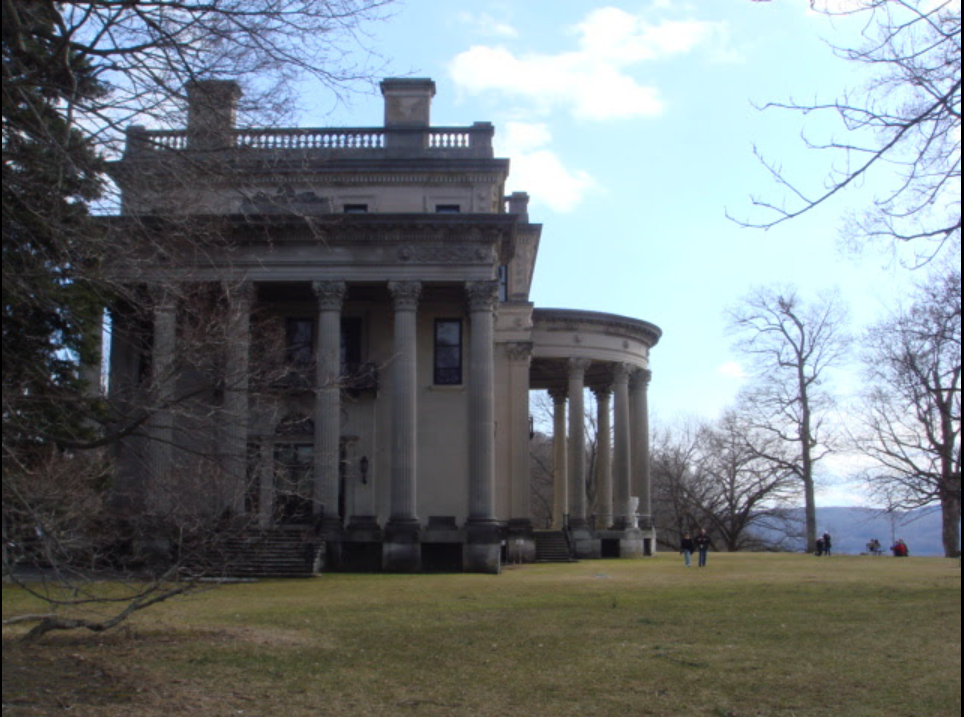 The Home of Franklin D. Roosevelt National Historic Site is located in New York state and is the former home of the 32nd President of the United States, Franklin D. Roosevelt. One of the highlights of this park is the chance to tour the Roosevelt family home, which has been preserved to look just as it did when the Roosevelts lived there. Another highlight is the opportunity to learn about FDR's life and accomplishments through exhibits and interactive displays. 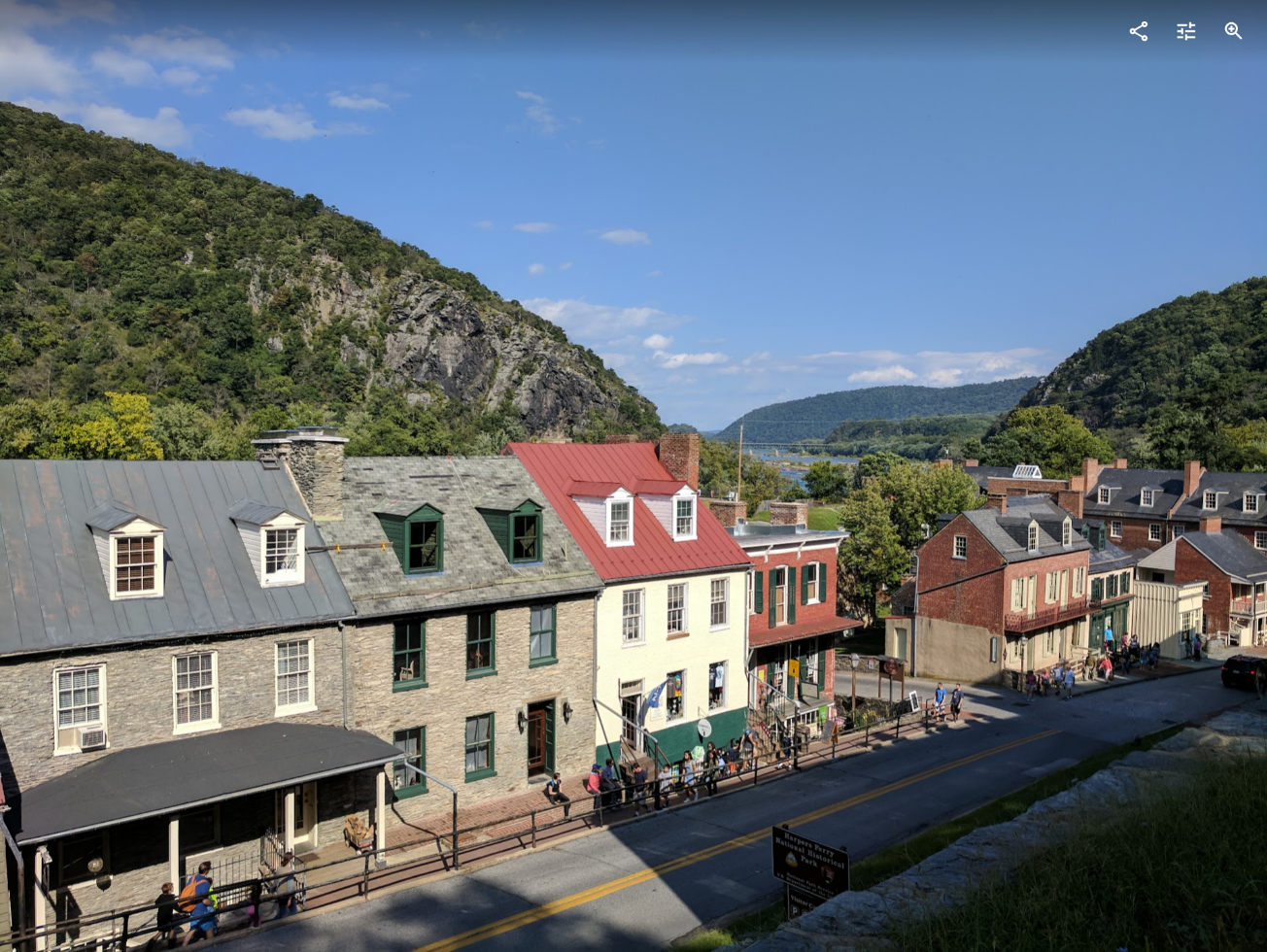 View of the town of Harpers Ferry in West Virginia

Harpers Ferry National Historical Park is in West Virginia and is known for its role in American history. One of the highlights of this park is the chance to visit the Armory and Arsenal, which played a key role in arming and equipping the Union army during the Civil War. Another highlight is the opportunity to take a guided tour of the town, which was founded in 1747 and has a rich history of industrialization and abolition. 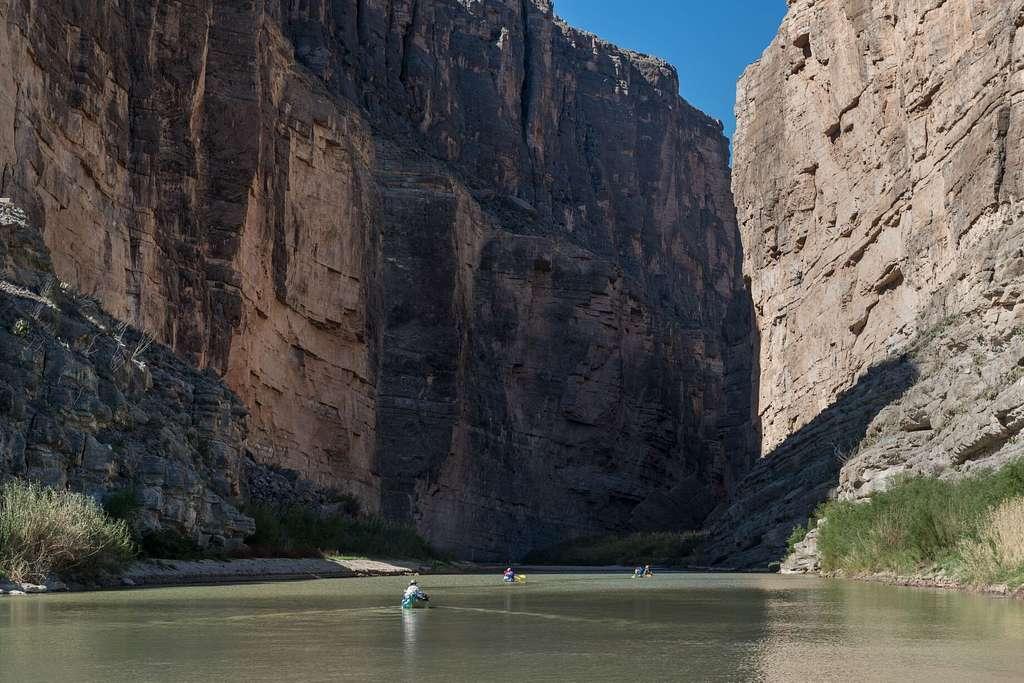 Canoers approach a dramatic gorge on the Rio Grande River in Big Bend National Park in Brewster County, Texas. Mexico is on the left, the United States to the right. Source: Library of Congress

Big Bend National Park is located in far West Texas where night skies are dark as coal and rivers carve temple-like canyons in ancient limestone. The park is named for the bend in the Rio Grande River. One of the highlights of this park is the opportunity to go rafting or kayaking in the Rio Grande. Another highlight is the chance to see a variety of wildlife, including javelinas, roadrunners, and rattlesnakes. 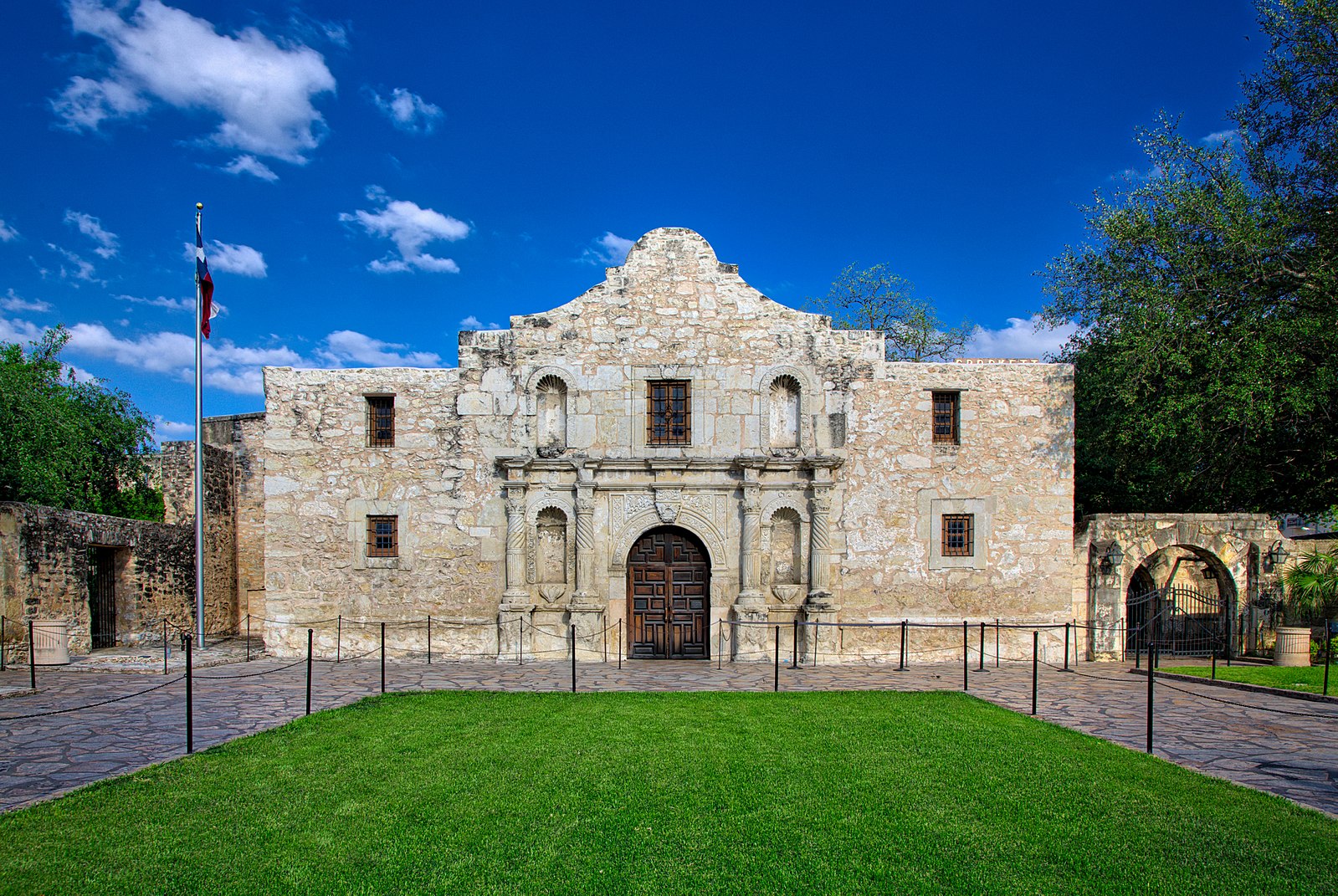 The Alamo in 2016. Source: Wikimedia Commons

San Antonio Missions National Historical Park is located in Texas and is home to four Spanish colonial missions that were established in the 18th century. One of the highlights of this park is the chance to visit the Mission San Jose, which is known for its beautiful stonework and historic gardens. Another highlight is the Alamo, an important symbol of Texas independence and a place to learn about the history of the missions and the role they played for over 300 years in the development of the region.

We wouldn't have amazing places like Big Bend or the home of FDR if it wasn't for the NPS. The NPS was established in 1916 and is headquartered in Washington, D.C. Its mission is to "preserve unimpaired the natural and cultural resources and values of the national park system for the enjoyment, education, and inspiration of this and future generations."

As an agency of the United States federal government, they are responsible for managing and preserving a collection of over 400 national parks, monuments, and other natural and cultural resources. Because no two places are alike, they are hard to categorize. This is why the terms used to describe these national treasures are sometimes confusing.

Here, we'll break down the different types of places managed in the national park system by the NPS and provide a few examples of each. 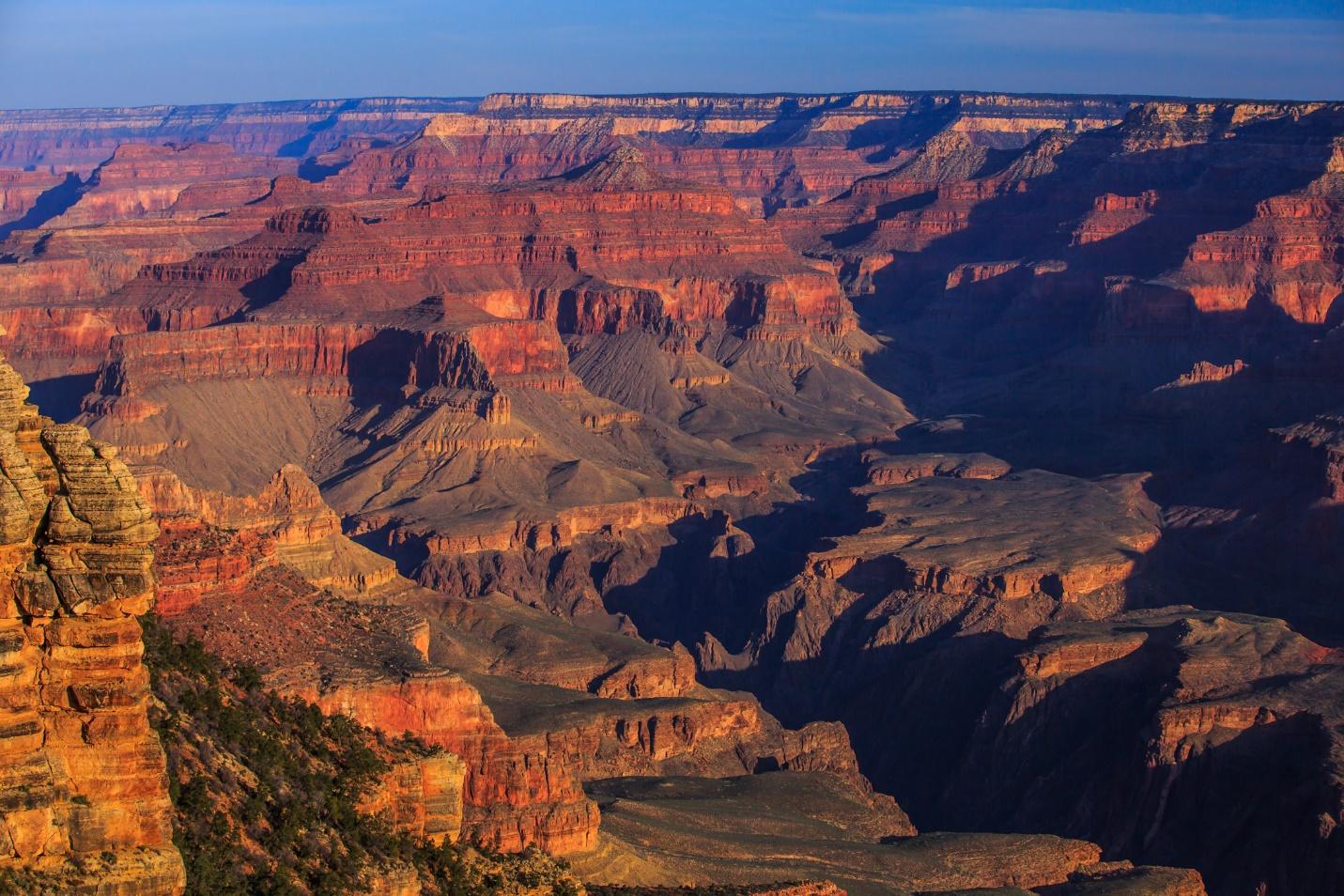 South Rim of the Grand Canyon in 2013. Source: Murray Foubister

National parks are areas that have been designated by the United States government as protected land. These 63 national treasures are usually chosen for their natural beauty, unique geological features, or historical significance. Some of the most popular national parks include: 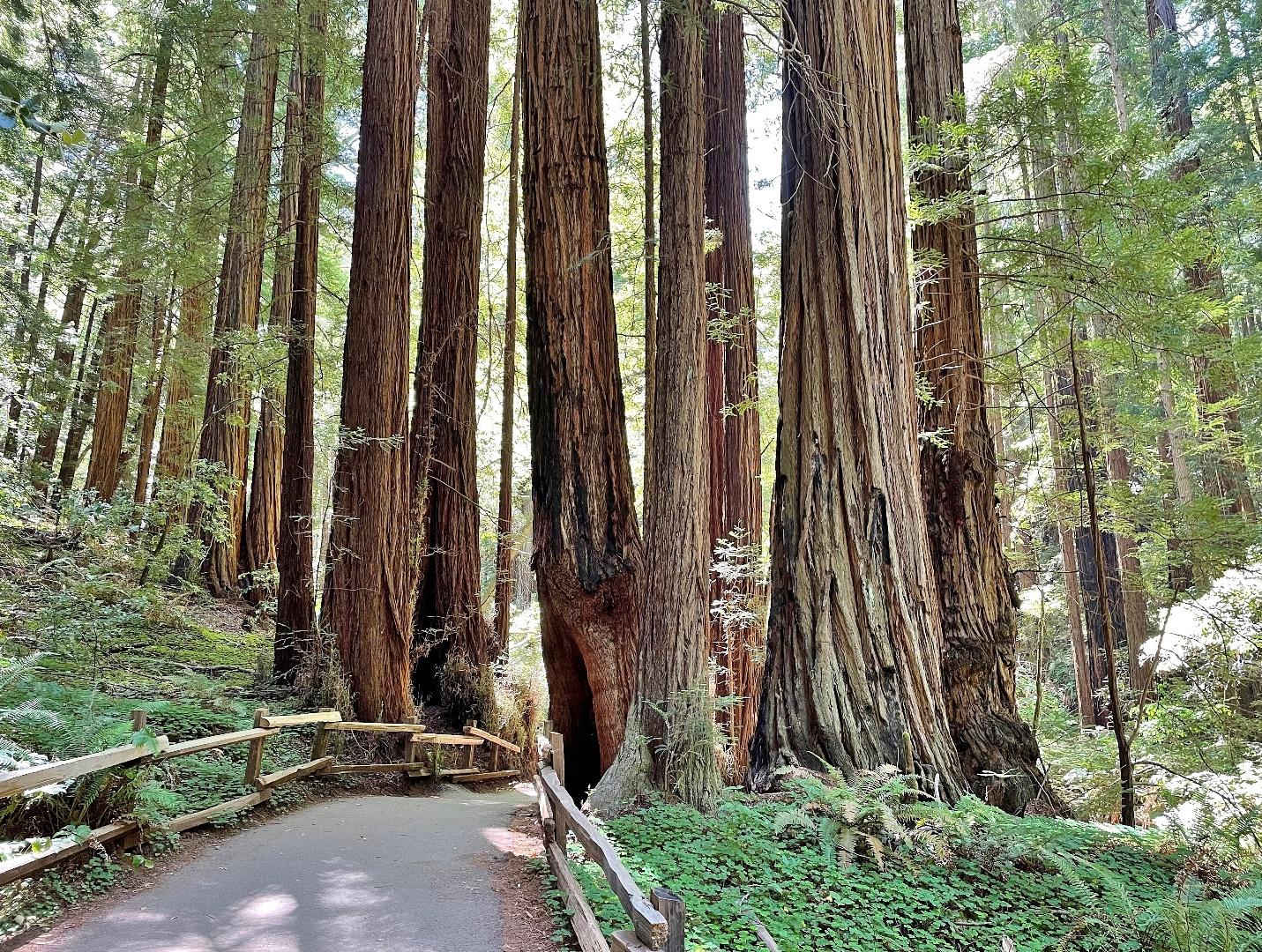 Path through the trees in Muir Woods in 2022. Source: Marty Aligata

The most significant category of national parks are national monuments. In general, smaller than those outlined above, the 84 members of this category are usually designated as being aimed towards conserving natural, historical, and cultural resources. These include prehistoric camping grounds, secluded campsites, and stunning natural wonders. Some of the most popular national monuments are: 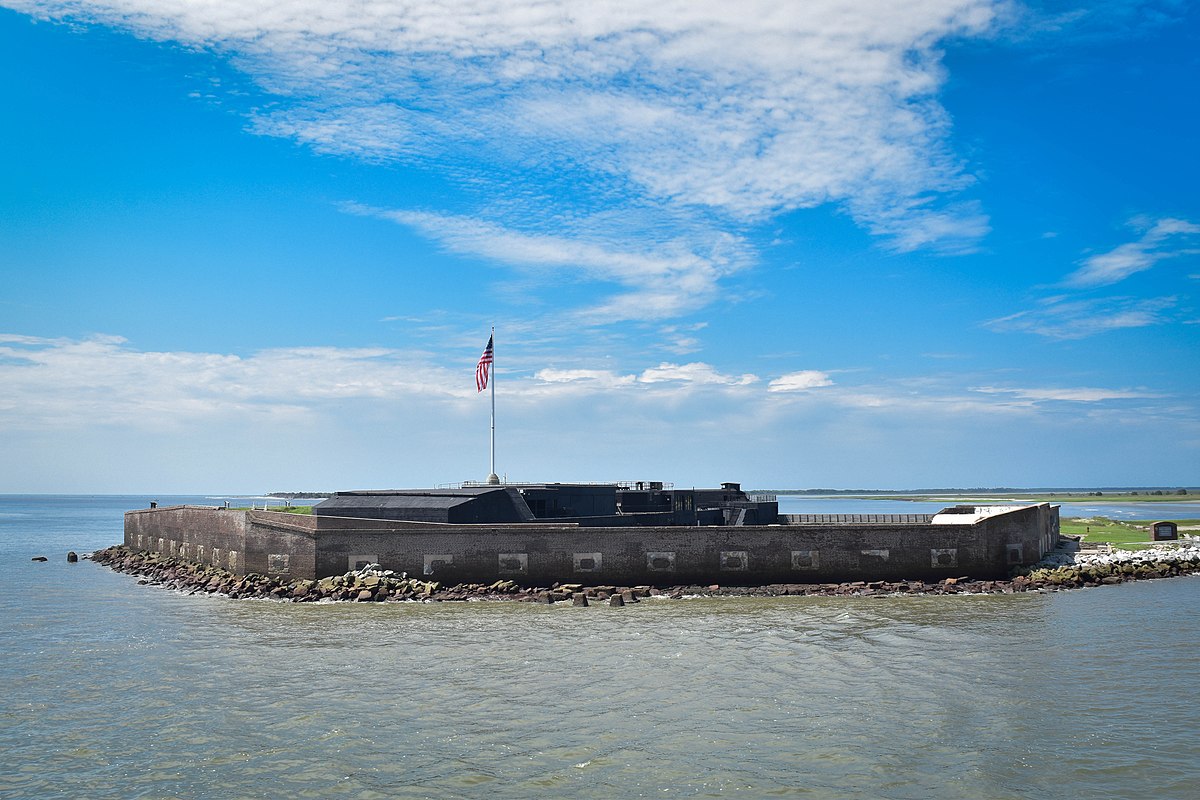 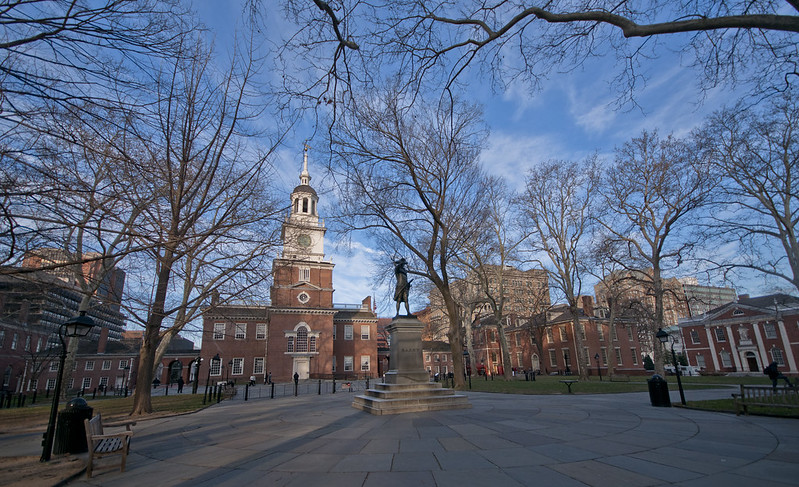 The 62 National Historical Parks are larger areas that often contain multiple historic sites. Often these sites are preserved in an era-appropriate style and offer a continuing study of the times of those who lived there. Three popular examples include: 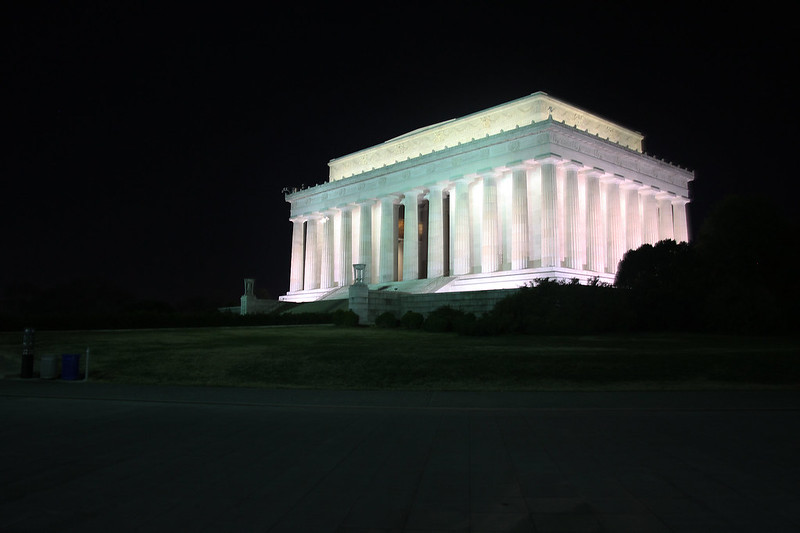 The 31 National Memorials are places that honor specific people or events. Three popular examples include: 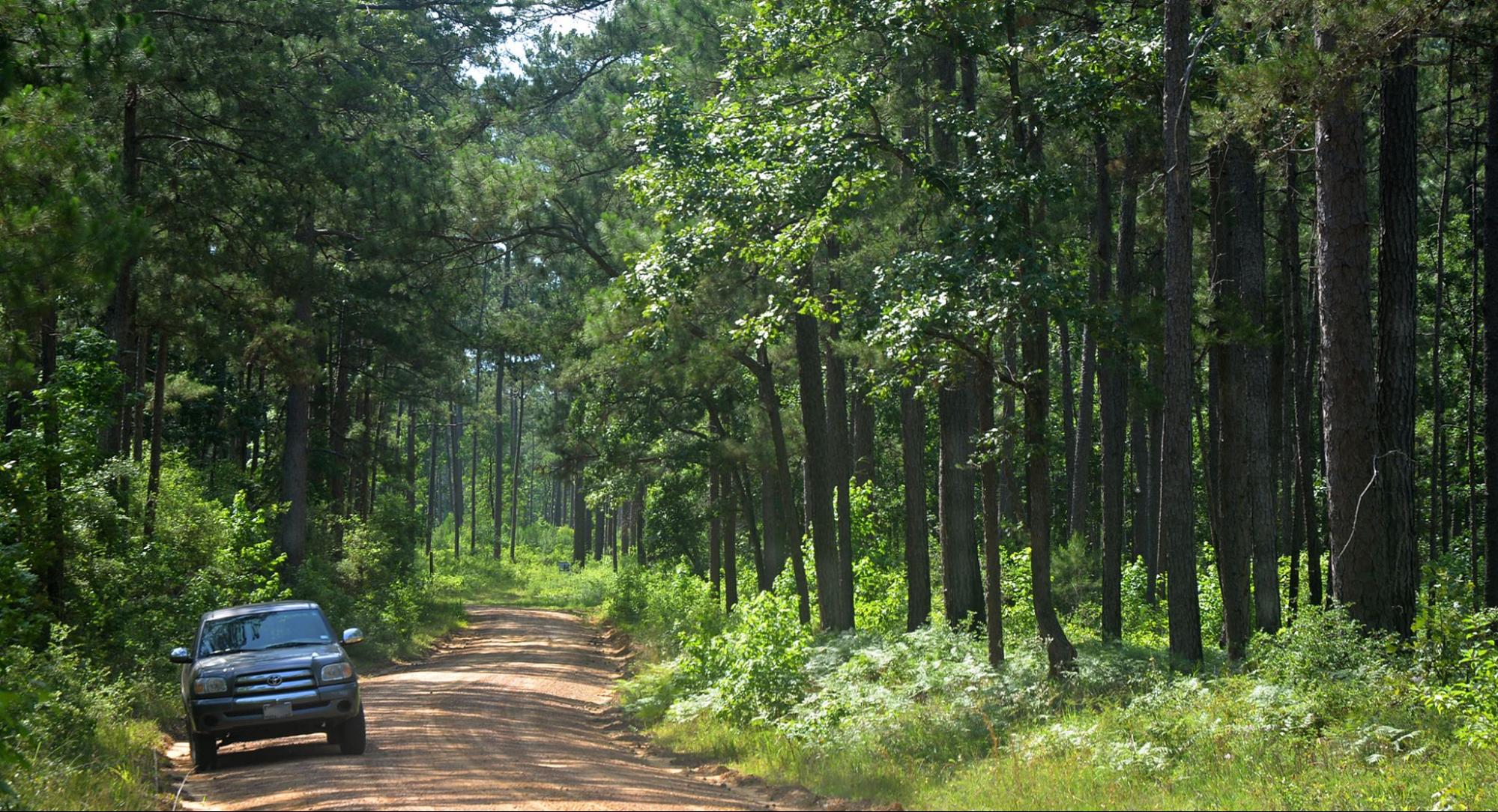 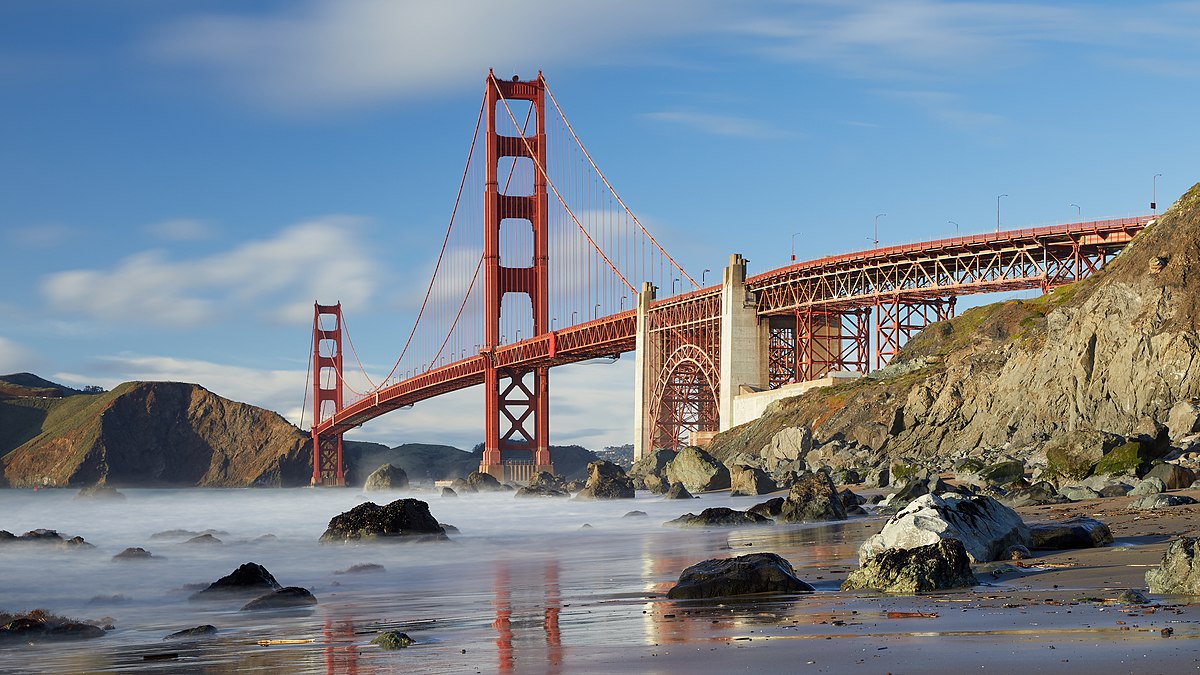 The 18 National Recreation Areas are areas that are managed for their recreational opportunities, such as hiking, fishing, and camping. Three popular examples are: 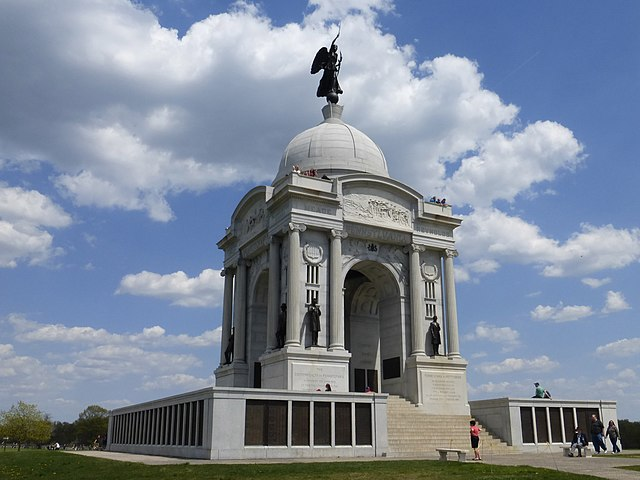 These four types of parks are all related to military history. These 25 locations include places that commemorate battles or other military engagements. Three popular examples are: 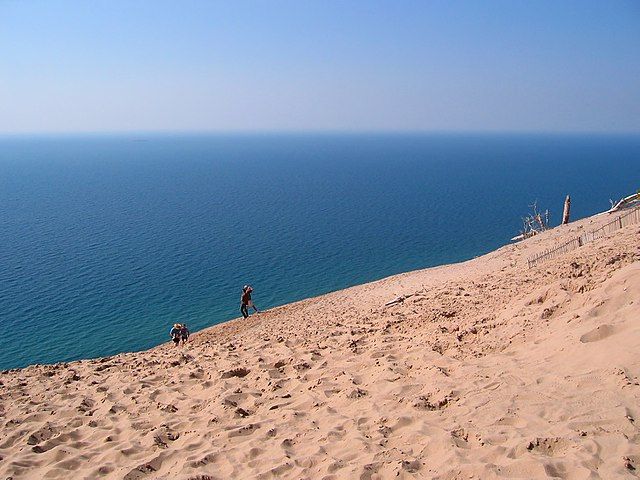 The 13 National Lakeshores and National Seashores are areas that protect shorelines along lakes and oceans. They are often popular for their recreational opportunities as well as their natural beauty. Popular examples include: 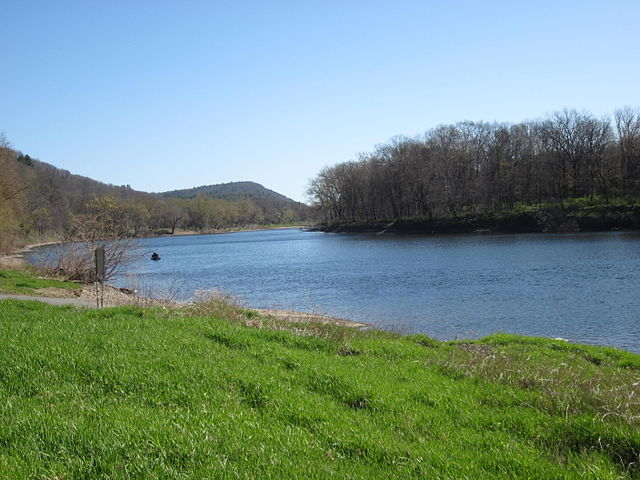 The 14 National Rivers and Wild and Scenic Riverways protect the natural, cultural, and recreational values of rivers. Three popular examples are: 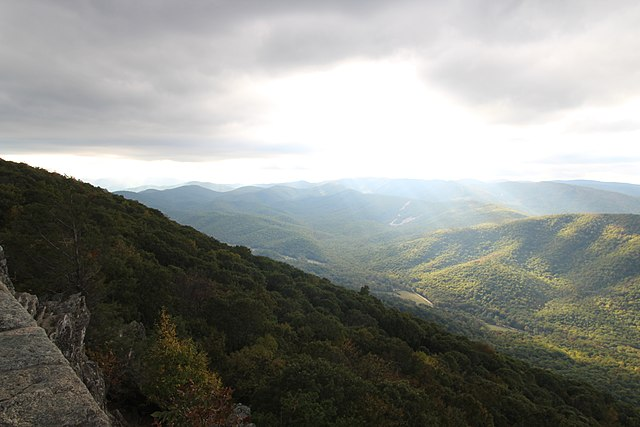 The 4 National Parkways are roads that connect two or more national parks, monuments, or other public lands. Three popular examples are: 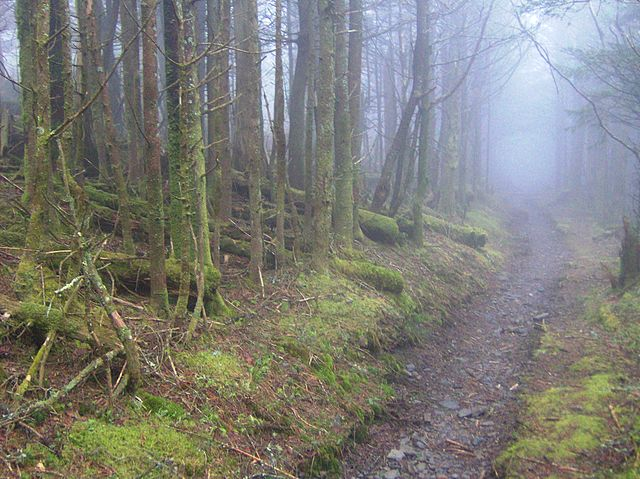 The 3 National Scenic Trails and National Historic Trails are long-distance routes that highlight areas of natural beauty or historical significance. They are:

National Reserves and Other Designations 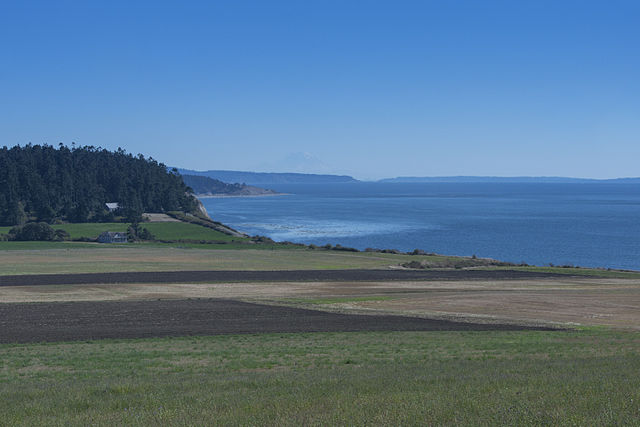 A national historic reserve is an area that has been protected by the National Park Service because of its cultural and historical significance. They are often made up of multiple buildings or sites that work together to tell a specific story. There are only two national historic reserves in the United States: Ebey's Landing National Historical Reserve in Washington and City of Rocks National Reserve, Idaho.

There are 11 locations that fit in the other designations categories and two of the most famous are the National Mall and the White House in Washington, DC.

So, to answer the question posed in the title, there are currently 63 national parks in the United States, but if you expand the definition to include all of the different types of parks and areas outlined above, the number grows to 423. No matter how you count it, the United States has an incredible number of beautiful and historically significant places to explore.

First time reading? If you want rational takes on foreign policy, politics and technology then sign up below or click here for "The Brief." It's a twice a month email on things that aren't being discussed but should - all in 5 minutes or less.