Dedicated to a better America

For two decades William Hurd has been involved in the most pressing national security issues challenging the country, whether in the back-alleys of dangerous places, boardrooms of top international businesses, or the halls of Congress.

Over two decades of service to our nation 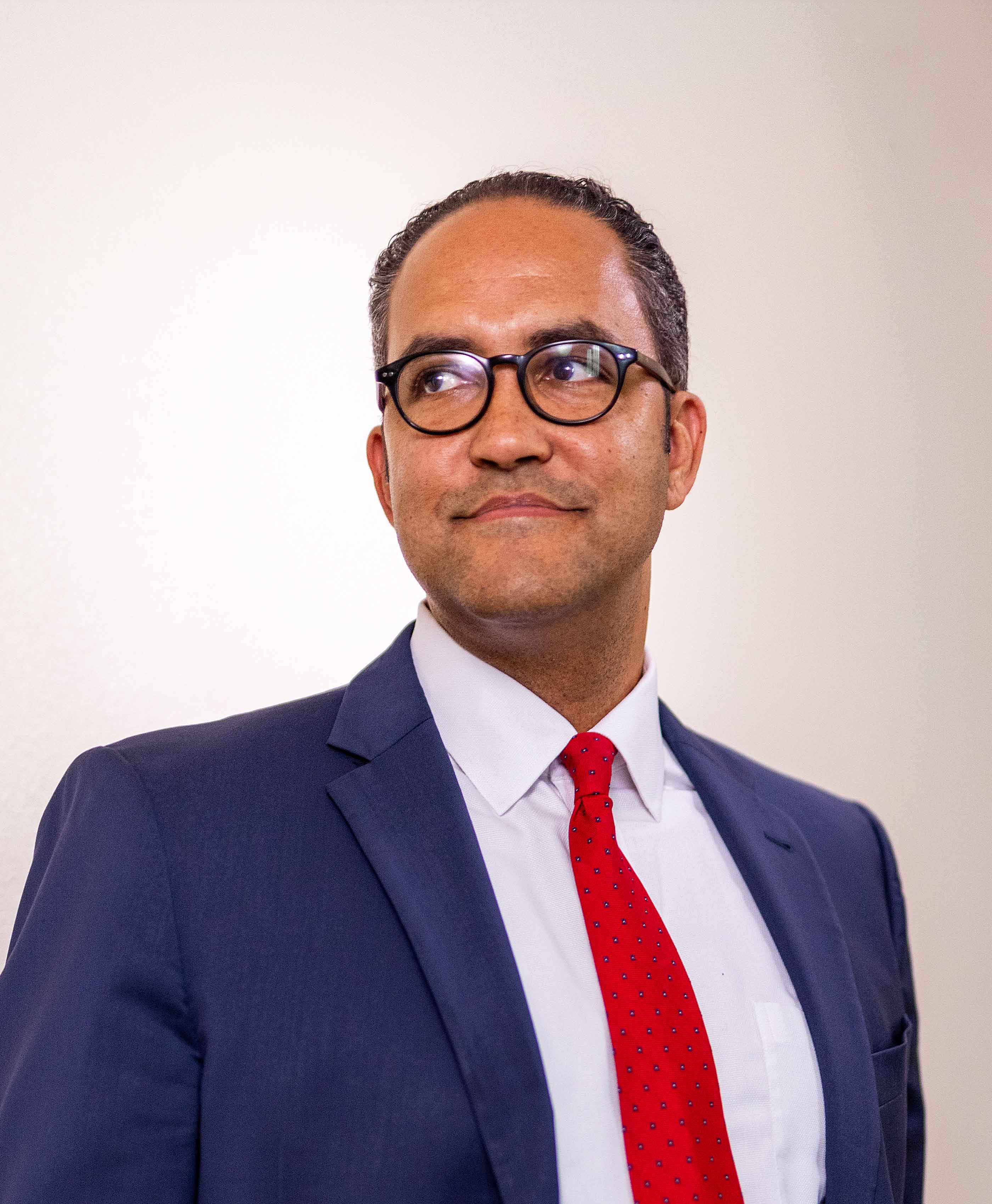 Watch a message from Will 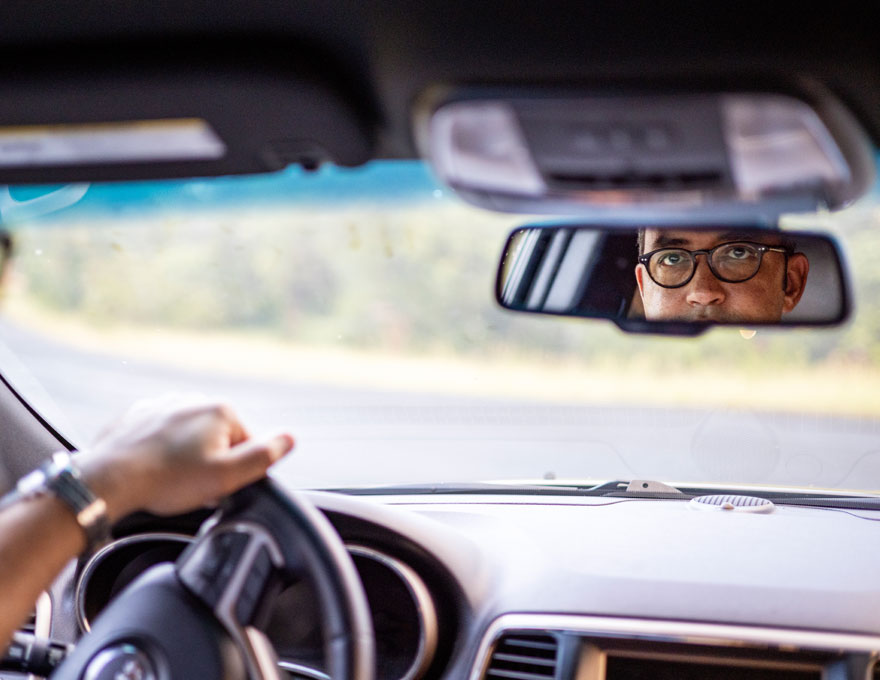 After stopping terrorists, preventing Russian spies from stealing our secrets, and putting nuclear weapons proliferators out of business, Will helped build a cybersecurity company that prepared businesses for the next domain of conflict – cyberspace. 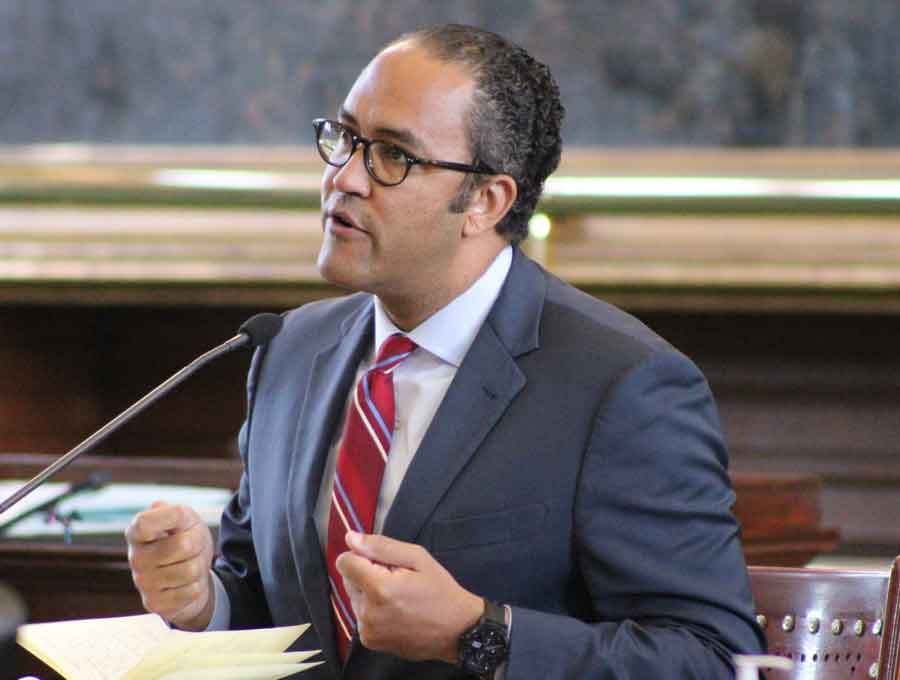 While in Congress, Texas Monthly and Politico Magazine called Will “The Future of the GOP,” because he put good policy over good politics at a time when America was often consumed with what divides us rather than what unites us. He got more legislation signed into law in three terms than most congressmen do in three decades – substantive legislation like a national strategy for Artificial Intelligence - all while maintaining his reputation as “the most interesting man in Congress.” 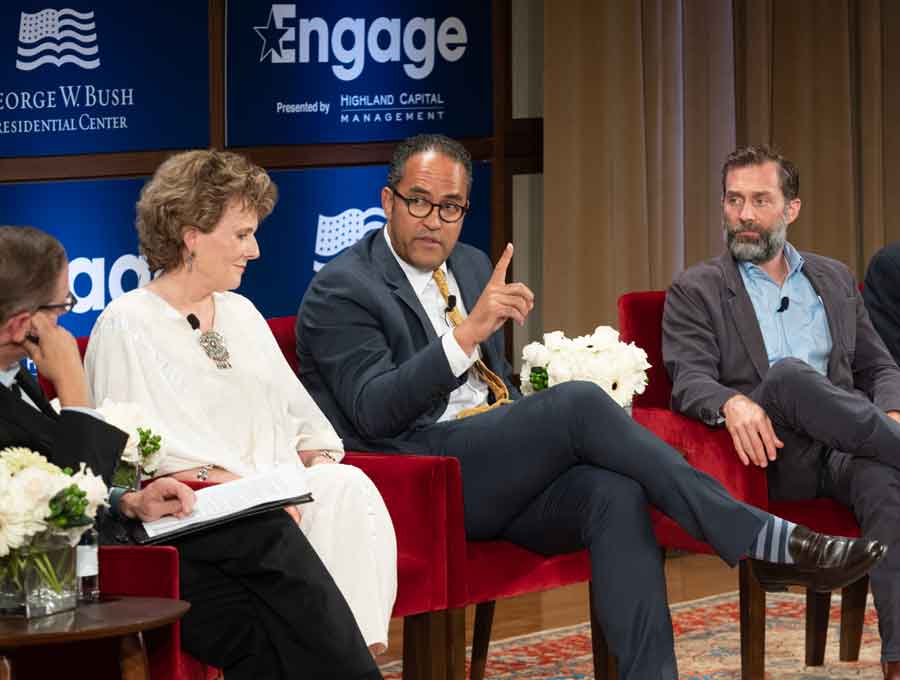 Will is currently a managing director at Allen & Company, board member for OpenAI, and trustee of the German Marshall Fund. He has served as a fellow at the University of Chicago Institute of Politics and earned a bachelor’s degree in Computer Science from Texas A&M University. 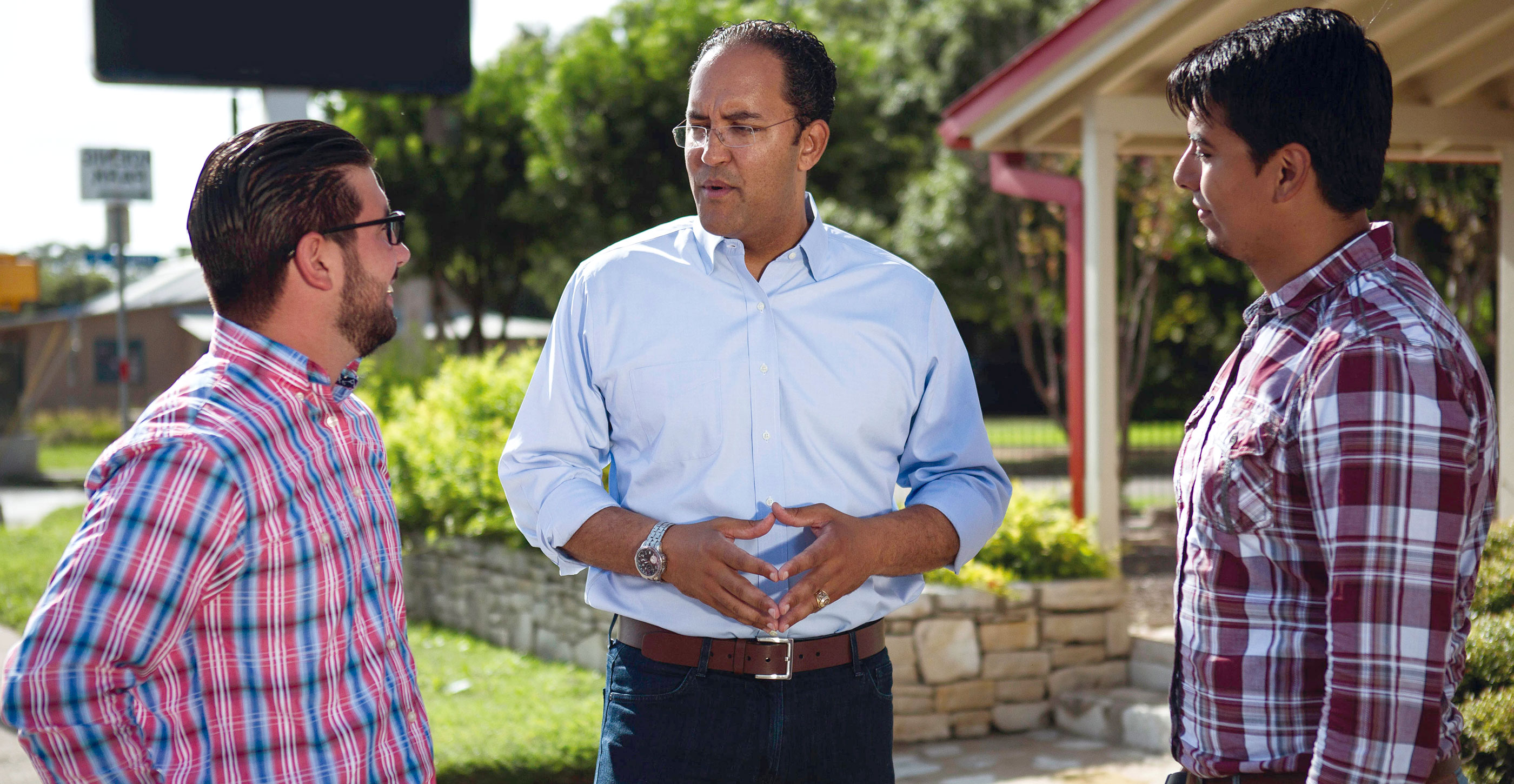 “Being open to discussion and compromise when it comes to our disagreements isn't weakness or betrayal, it's a mature display of the values America is based on.” 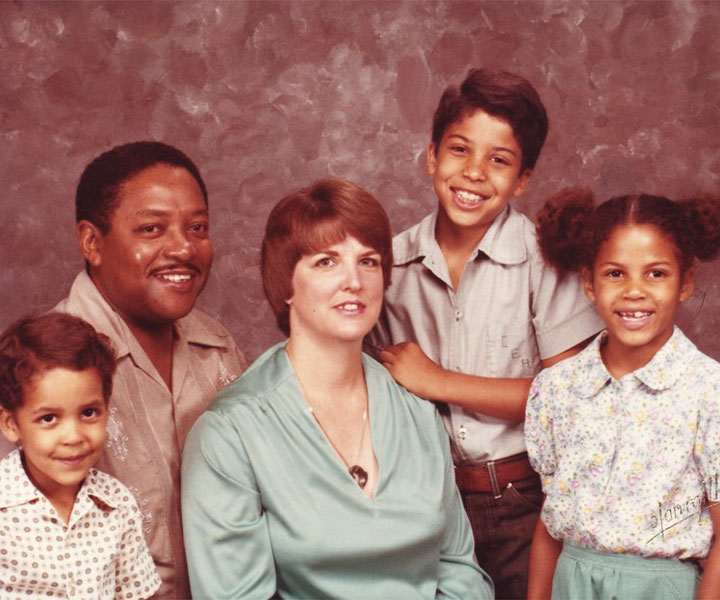 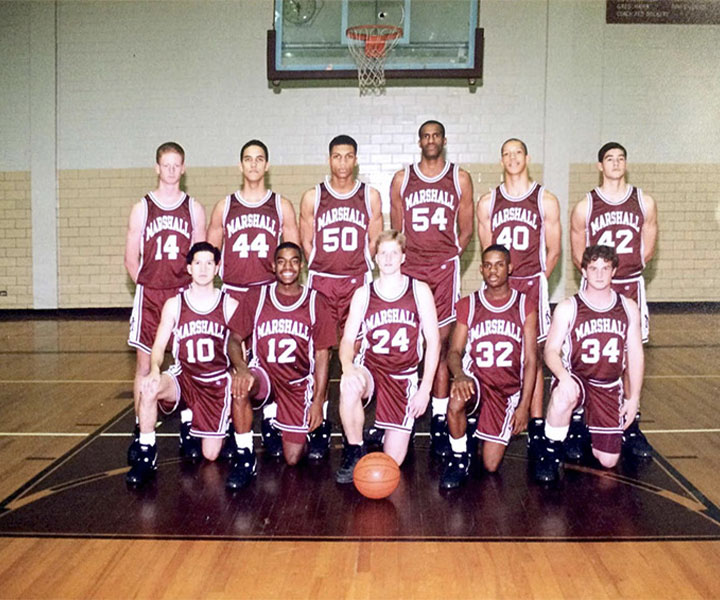 Taking the Next Step

Will graduates from John Marshall High School in San Antonio, TX and gets ready to head to Texas A&M University the next fall. 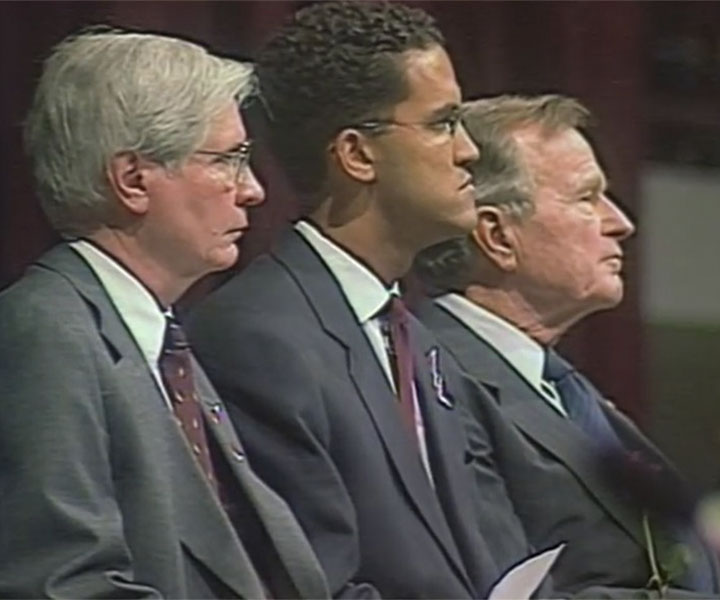 While serving as Student Body President of Texas A&M University, Will Hurd leads the Aggie community through one of its most difficult times when the Aggie Bonfire collapsed in the early morning hours taking the lives of 12 former students. 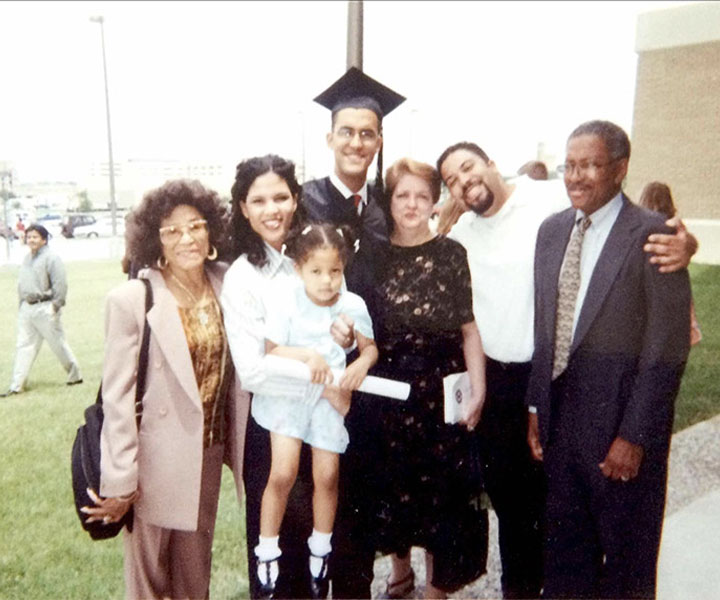 From Computer Science to the CIA

Will graduates from Texas A&M University with a B.S. in computer science. His first job is already lined up. He will begin his career as an undercover CIA officer in the fall. 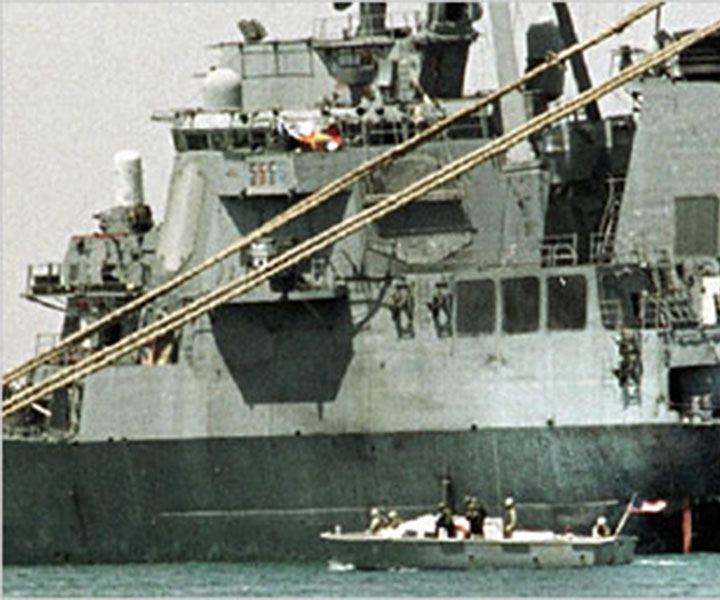 On his way to Washington, D.C. from San Antonio the USS Cole is attacked by Al-Qaeda suicide bombers in the Gulf of Aden. The attack kills 17 crew members and injures 39. This will become Will's first assignment in the CIA. 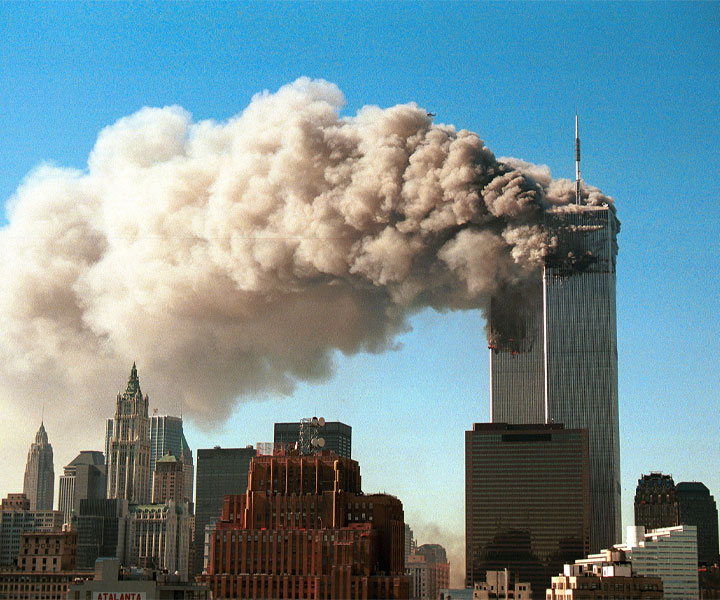 William Hurd is training in Washington, D.C. on the morning of September 11th, when terrorists crash planes into the World Trade Center and the Pentagon. The city is locked down, but Will hikes about 15 miles by foot in order to report to Langley and begin the next mission – The War on Terror. 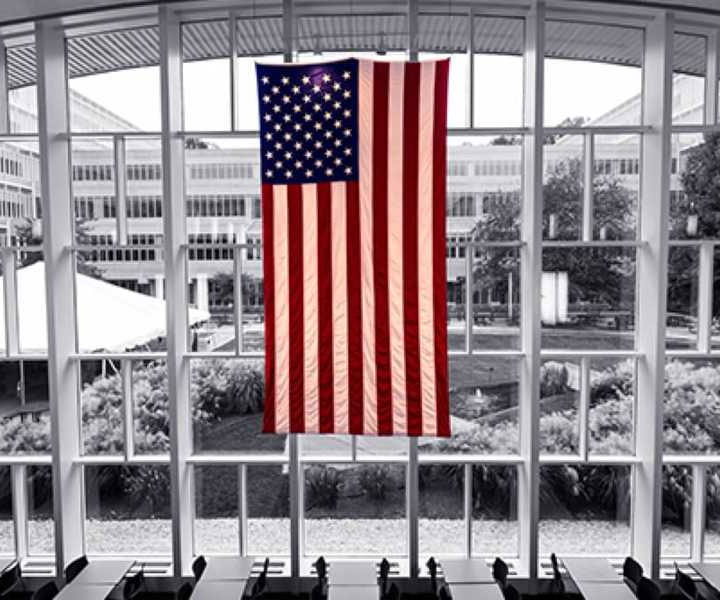 Front Lines of the War on Terror

Will spends the next 8 years in the CIA on the front lines of The War on Terror in D.C., India, Pakistan, New York, and Afghanistan. 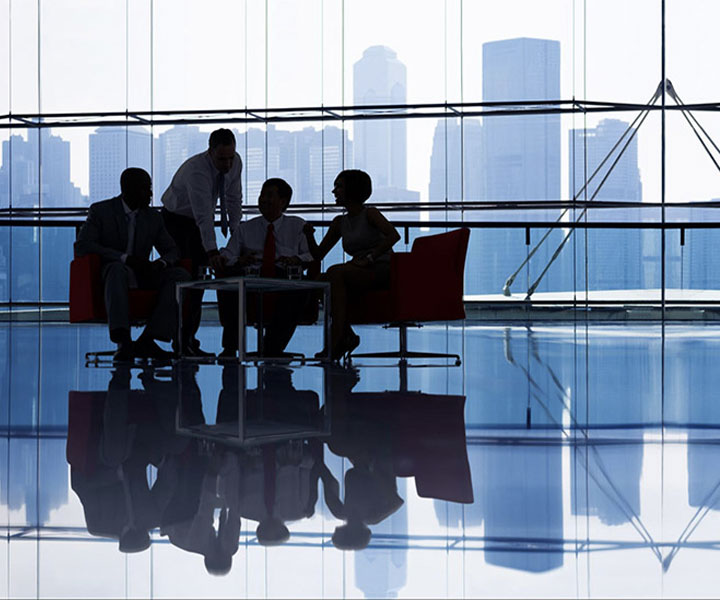 Striking Out on His Own

After nearly a decade in service, Will Hurd joins an old colleague from the CIA as a partner at his strategic advisory firm, Crumpton Group. They help businesses grow into markets they had never been in before. Will also helps build the cybersecurity firm, FusionX, which helps businesses defend against cyber attacks. 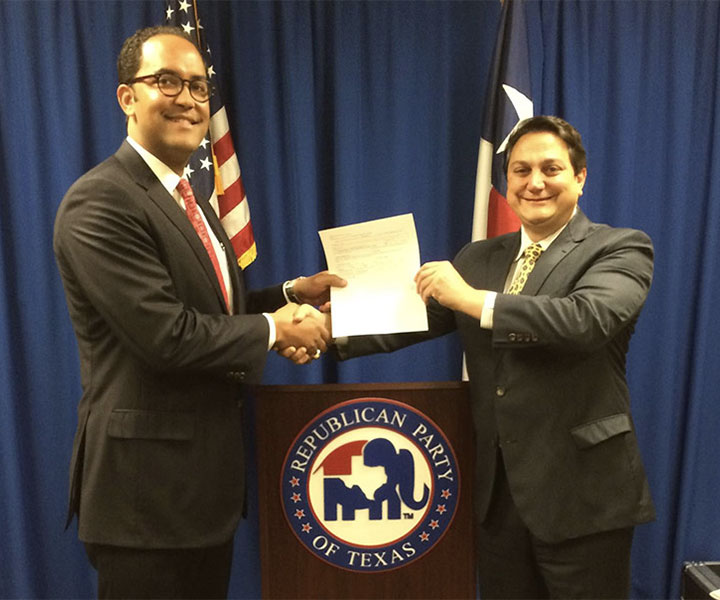 Feeling the call for public service, Will runs for Congress in the 23rd Congressional District of Texas and defeats a former Congressman in the Republican Primary. 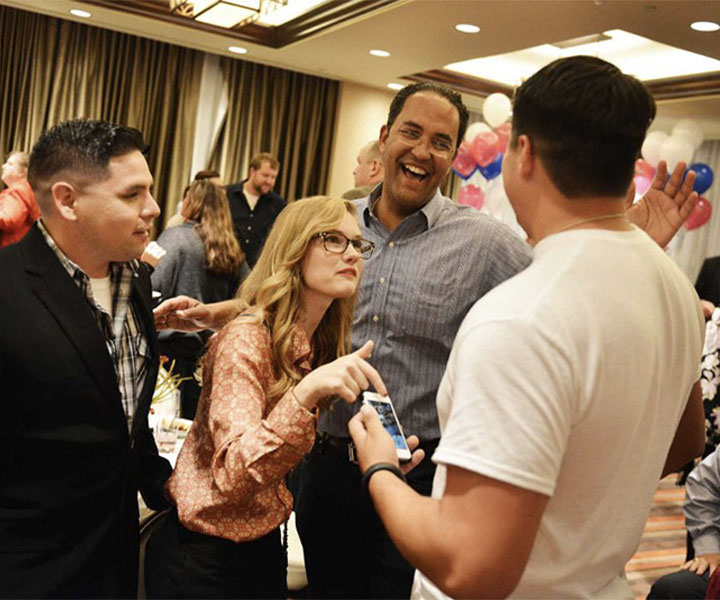 A Seat at the Table

Will defeats incumbent Congressman Pete Gallego in the General Election by just over 2,500 votes. Immediately following his election he does a tour of all 29 counties to get his marching orders before he is sworn in to Congress. 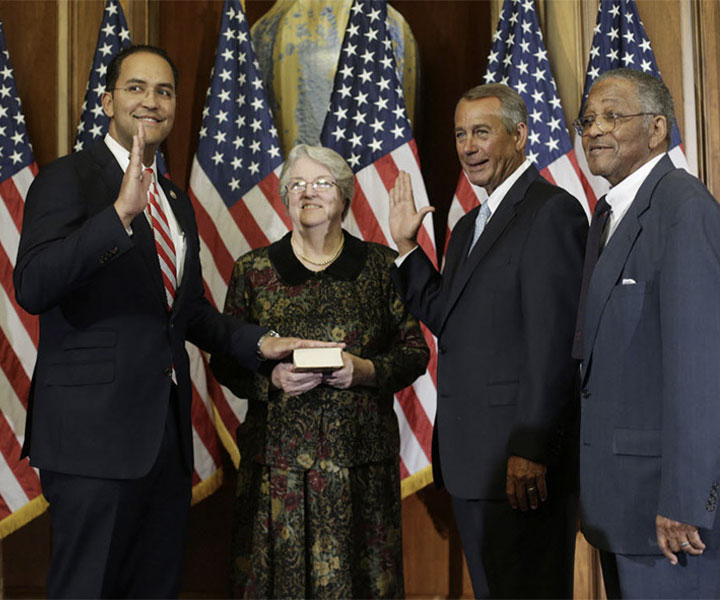 Will is sworn in as the Representative from the 23rd Congressional District of Texas. 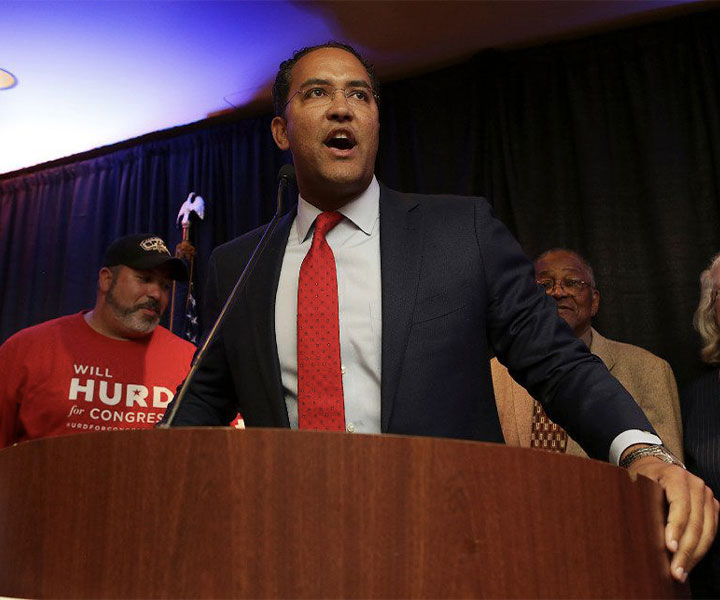 Must Be Doing Something Right

Will is re-elected to Congress in a district that Hillary Clinton won by more than three percentage points. 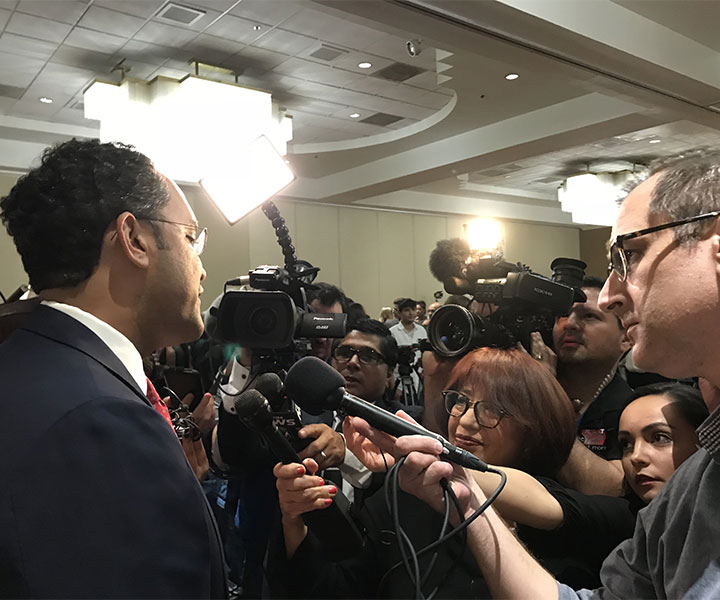 Will Hurd is re-elected again by a margin of 926 votes in one of the most competitive and expensive house races in Texas history in a district Ted Cruz lost to his Democratic opponent by five percentage points. 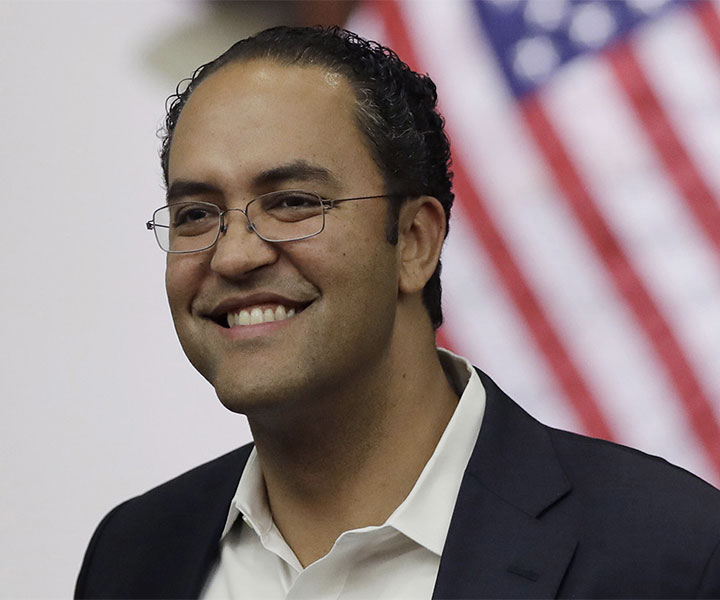 After running and winning three consecutive times in one of the most competitive congressional districts in the country, Will Hurd announces he will not seek re-election, and would instead devote his time to ensuring America is ready for a New Cold War with China. 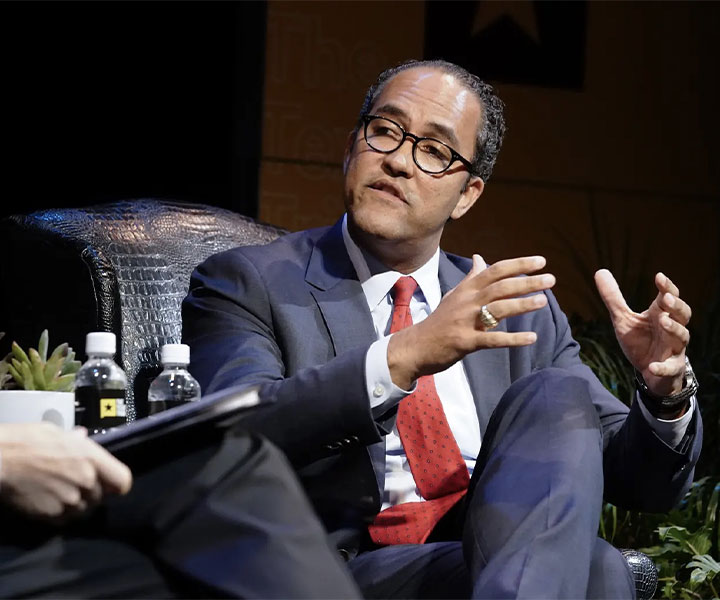 Dawn of a Movement

Future Leaders Fund is formed with Will’s support and the mission of helping build a more diverse Republican Party that looks like America. 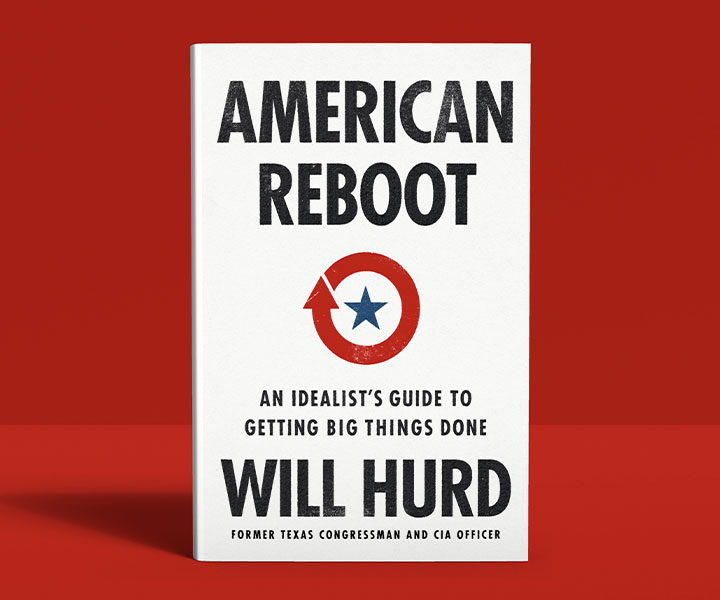 These Boots Were Made for Writing

Book Publisher Simon & Shuster announces that they will be publishing Will’s book which will share stories from growing up in an interracial family in Texas, serving his country in the back alleys of dangerous places, and serving in the halls of Congress. 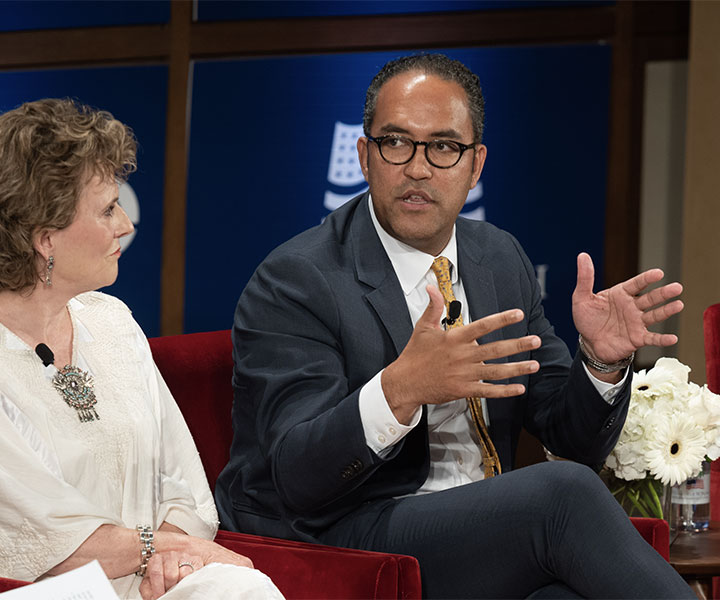 As a managing director at Allen & Company, board member of OpenAI and Trustee for the German Marshall Fund Will is helping bridge the gap between the public and private sectors. 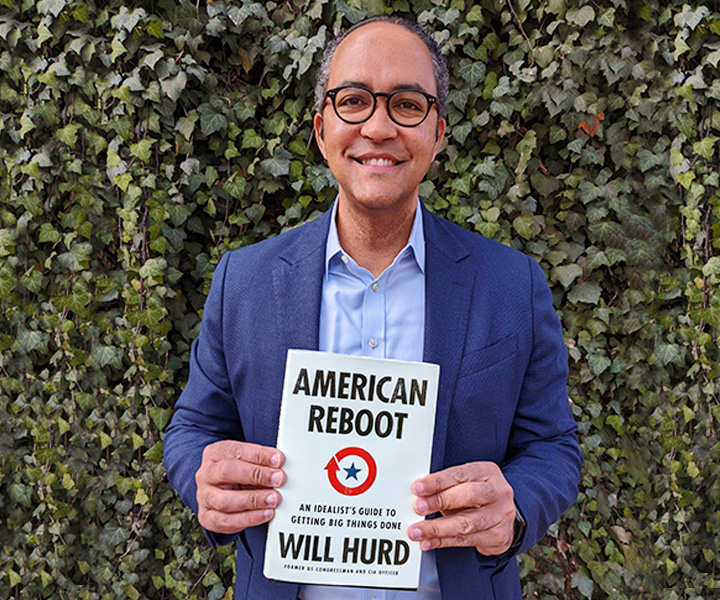 AMERICAN REBOOT is released to robust sales and nearly universal praise from both critics and consumers.