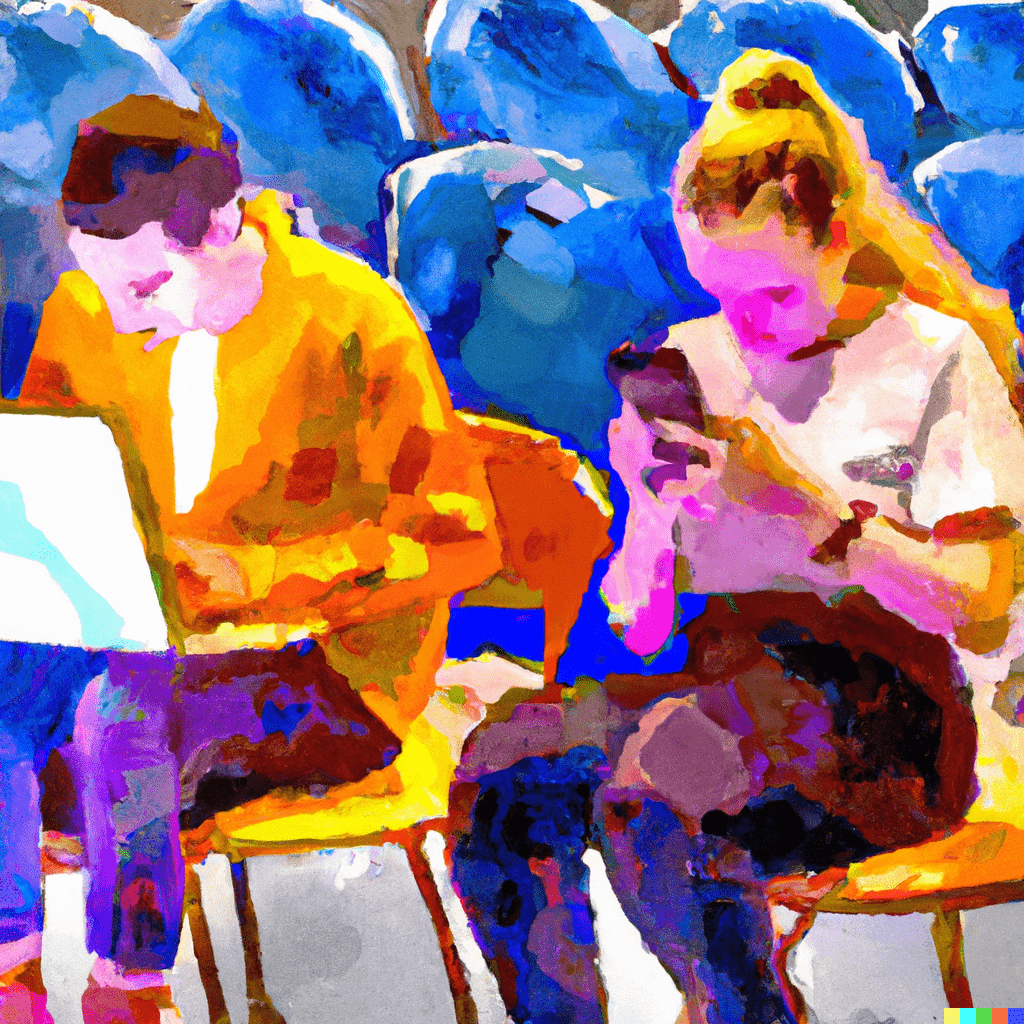 Potentially half of the United States of America lacks access to high-speed Internet. We should care about this sobering and embarassing stat because the lack of access to broadband Internet has a direct impact on job opportunities and economic growth. The lowest broadband access and usage are in U.S. counties with the highest rates of unemployment.

But literally, right now we have a 5 week window where we can all do something about this.

More people became aware of the term “digital divide” when the COVID-19 pandemic revealed an inability across the country to meet the resulting distance learning technology crisis. However, if you ask 20 people to define the term “digital divide,” you will get 20 different answers. To solve the digital divide problem, we first need accurate information about who is being affected.

When I was in Congress, my understanding of the digital divide was crystallized when I saw young constituents typing out high school term papers on mobile phones, because they either did not have access to computers, or did not have Internet access at home. At the same time, I was interacting with my senior citizen constituents who lacked basic digital skills because many of them had never used a computer, or had never been taught how the arrow keys on a remote control correspond with the selection box on the TV.

I’ve always had access to a computer at home, and I’ve had a laptop since I was in college. I was never victim to the three challenges of the digital divide:

The digital divide is the abyss that exists between those who have access to information because they have access to digital tools necessary to survive in the 21st century, and those who do not.

Causes of the Digital Divide

Although Internet access and access to technology is expanding, the digital divide persists due to three factors.

The income gap is a major factor in the increasing digital divide. Individuals who make $75,000 or more can access the Internet ten times more frequently than individuals who are from low income families who makes $30,000 or less. Typically folks with more income have a greater likelihood to have access to computers or access to the Internet than those who make less. Their incomes afford them the ability to access the basic tools of the 21st century economy and even view digital technology more as luxuries than necessities. 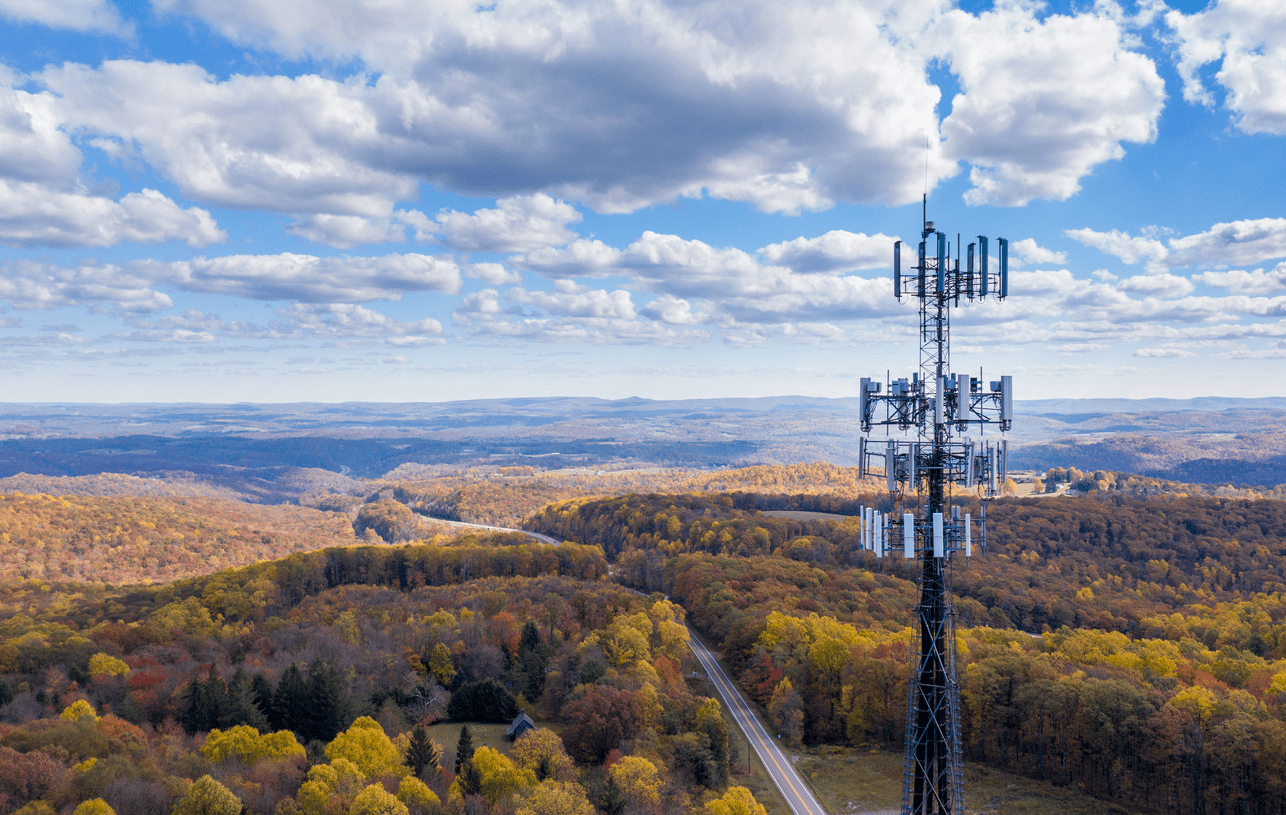 Geographic restrictions throughout the country further increases this divide – urban regions have a greater number and more efficient broadband connections than rural areas. Additionally, urban centers have a broad variety of technologies and high-speed Internet connections, whereas rural regions lack the technical infrastructure necessary for high-speed Internet connection or have limited access to the internet.

Education is an important part of the digital divide problem. A lack of education can make the Internet confusing to those who don’t know what’s in it or don’t understand its potential.

Disparities in academic achievement of U.S. students cost billions of dollars in unrealized economic gains because a less-educated workforce has difficulty accessing well-paying jobs. This points to a larger truth about our economy: We have income inequality because we have education inequality.

Consequences of the Digital Divide

Why should we care that potentially half the country lacks access to high-speed Internet? First and foremost, we live in the most powerful country to have ever exist and we shouldn't have parts of it that resemble developing countries.

Additionally, our economy is losing out on trillions of dollars in economic output because our kids can’t keep up academically with kids in other countries. Economists have estimated that the U.S. economy could be almost 4% higher than currently projected over the next two decades if American students’ math and science skills were as good as the rest of the world’s.

As the global economy continues being subject to an information revolution the need for a technically skilled workforce will only continue to grow. If we are incapable of bridging the digital divide then the entire country suffers.

How to Get Over the Hump

The way to bridge the digital divide is for all Americans to have access to:

There have been a number of efforts by governments, non-profit organizations, and private companies to address the digital divide and improve access to information and communication technologies for underserved communities. These efforts often involve a combination of policy, regulatory, and technical measures, and can include initiatives such as:

As a society we need to continue to push for and support programs seeking effective solutions to this national problem.

In 2021, Congress passed legislation to create a new infrastructure investment program. This bipartisan legislation was intended to reduce the digital divide by investing $65 billion to expand broadband in rural areas of the country, and funding programs to address digital literacy and skills gaps. Providers that receive the funds must present low-priced plans and display a food-like label on broadband networks to improve transparency around pricing and performance. 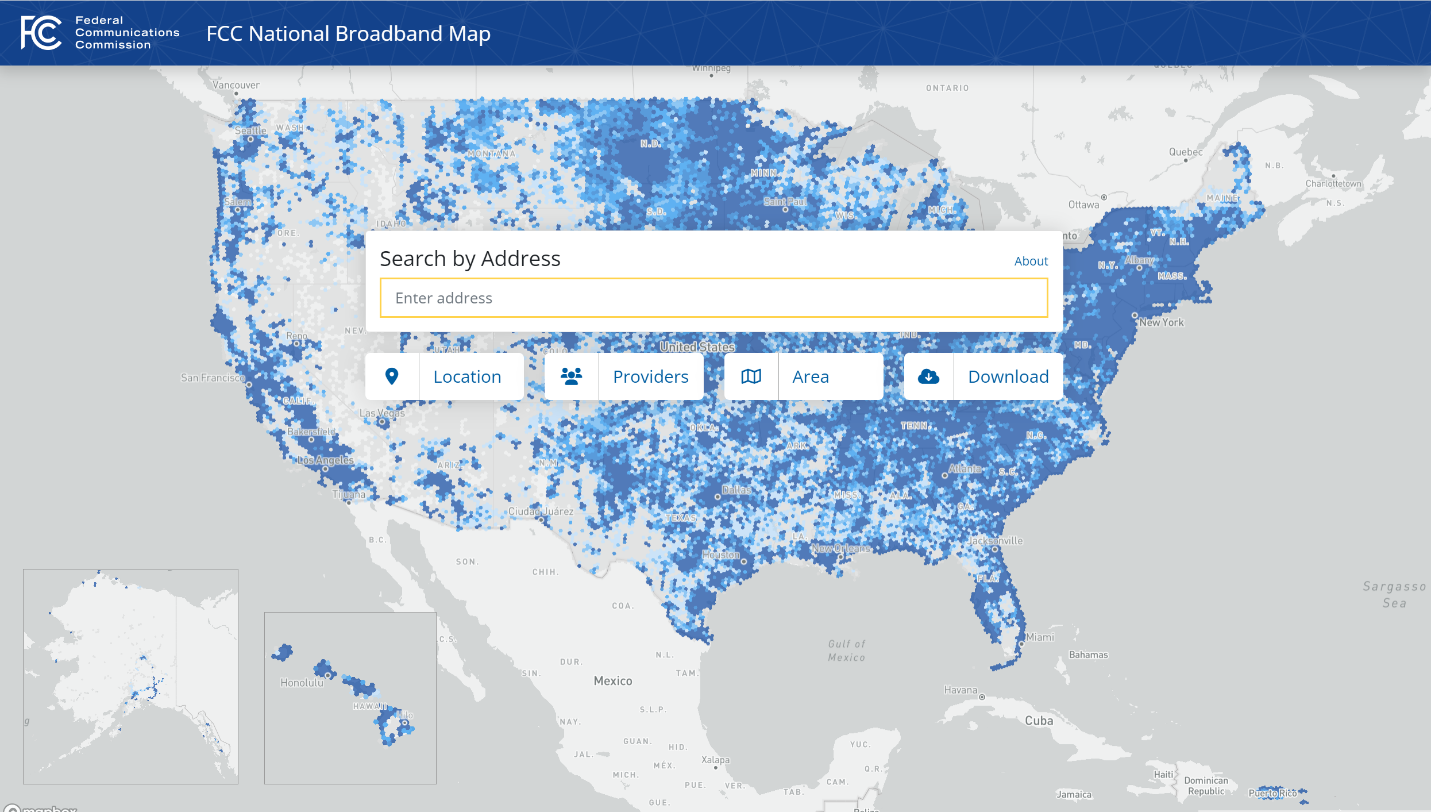 The FCC’s national broadband map informs how much money each state and territory gets from the federal government for broadband infrastructure, but even this map is just an estimate of broadband coverage. Historically, this map has been built on inaccurate datasets that don’t reflect the true scope of the divide.

If the FCC has incorrect information about your address, type of dwelling, or coverage options then you and your family may not be receiving the best service available.

To help ensure the FCC uses the billions of dollars that we, the taxpayers, have given them to fix this problem of the digital divide by ensuring the deployment of universal broadband, you can double check the government’s work by participating in the FCC’s broadband map challenge which ends January 13, 2023.

If you want to ensure that in the future you have access to the best high-speed Internet possible then take a minute to look up your address at the FCC National Broadband Map and see if the stated coverage options match your experience.

It shouldn’t take longer than 5 minutes to perform this check. It’s an important step to make sure your state receives its fair share of federal funding and broadband deployment goes smoothly.

While the FCC's challenge website isn't the most user friendly, I have found this video created by the Missouri Department of Economic Development has the best tutorial on what you should do if you think the FCC has wrong information about your residence or business.

Bridging the digital divide -- the gap between individuals, households, and communities that have access to modern digital tools and those that do not -- is crucial for ensuring that all members of society have equal opportunities to participate in the digital economy, access resources to move up the economic ladder, and stay connected with their communities.

There are a number of policy, regulatory, and technical measures that can be taken to improve access to digital tools for underserved communities, such as providing funding for broadband infrastructure deployment, offering subsidies for Internet service, and developing digital literacy programs. It is important for governments, businesses, and civil society organizations to work together to address the digital divide and ensure that no one is left behind in the digital age.

First time reading? If you want rational takes on foreign policy, politics and technology then sign up below for "The Brief." It's a twice a month email on things that aren't being discussed but should - all in 5 minutes or less.